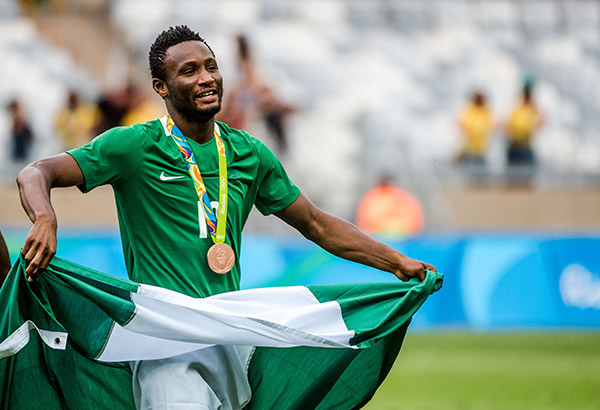 A Homage Is Led By Terry, Ighalo, And Eguavoen As Mikel Announces ….

Globaltimes Nigeria reports that Glowing tributes have continued to pour in following Tuesday’s announcement by Mikel Obi about his retirement from professional football after 20 years.

“What they say has a beginning must definitely have an end.”

Those were the words of Mikel as he joined the long list of ex-internationals like Joseph Yobo, Vincent Enyeama and others to bid farewell to active football after serving clubs and country meritoriously.

The career of the Jos-born midfielder which started in Nigeria transcended to Europe where Mikel featured for one of the most reputable English clubs, Chelsea.

As expected, there were tons of reactions after Mikel dropped his retirement statement on his Instagram page with the likes of John Terry, Odion Ighalo, and Augustine Eguavoen leading the line.

Mikel, 35, rightly feels accomplished and while thanking those who supported him all through his playing career, hinted a new chapter is set to begin.

“I look back at the past 20 years of my career, and I must say that I am very satisfied with all that I was able to achieve and more importantly the human it has helped shape.

“All of this would not have been possible without the unwavering support of my family, managers, clubs, coaches, teammates and most importantly my ever-loyal fans. You supported me through my highs and lows, even on days that I did not live up to your expectations. I say a big thank you.

“I will also like to encourage everyone who I may have inspired one way or the other in the course of my career to never give up on their dreams, for every time you think about quitting, remind yourself why you started.

TEXEM Advert
This is not goodbye, it’s the start of another journey, another chapter of my life. I look forward to what the future holds and I hope you will walk with me. Thank you.”

The emotion-laden words of Mikel raised teary farewells from top sporting figures and fans around the world.

As of the time of filing this report, Mikel’s retirement post already had over 85,000 likes and 5,000 comments with the majority congratulating the former Super Eagles skipper.

A very popular one was from the former Chelsea captain, John Terry, who welcomed Mikel to the retirement club.

“@mikel_john_obi 💙 What a great career my friend, it was a pleasure to play and share the dressing room with you. Love you Georgie Boy💙⚽️.”

The Nigerian did respond by appreciating the English ex-international for being a true leader.
“Mikel_john_obi

V@johnterry.26 Thanks Georgie boy 😁 love ya old boy. You made us winners in that dressing room. And loads of banter 👌😂🙏 thank you 💙”

Not only Terry, the likes of Fellipe Luiz, Salamon Kalou and Gary Cahil who were members of the historic 2012 Champions League winning set also congratulated Mikel.

Salomonkalou V OGaaaaaaaaaaaa. I dey miss u Baba Thank u for that wonderful journey 💙💙 . Ps I fancy well well that 1st foto obina🥇

Filipeluis Congrats on your AMAZING career my friend.
It was an honour to play with you. ❤️

Garyjcahill V Congratulations on an amazing career mate, pleasure to play alongside you. Enjoy your retirement. 👏🙌🙌

Frankkhaliduk 💙💙💙💙💙💙Accordingly, Mikel’s teammates in the national team were also on hand to wish him well.

The likes of Odion Ighalo, Ogeniyi Onazi, who played in the midfield alongside Mikel, Oghenekaro Etebo, Kelechi Iheanacho, Jamilu Collins and others all had kind words for Mikel

Undeniably, Mikel Obi is one of the most successful Nigerian players ever.

At Chelsea where he made 372 appearances, he won all the major trophies including the UEFA Champions League and Europa League.

For Nigeria, Mikel is an Olympic medalist and also won the Africa Cup of Nations, among other silverware.