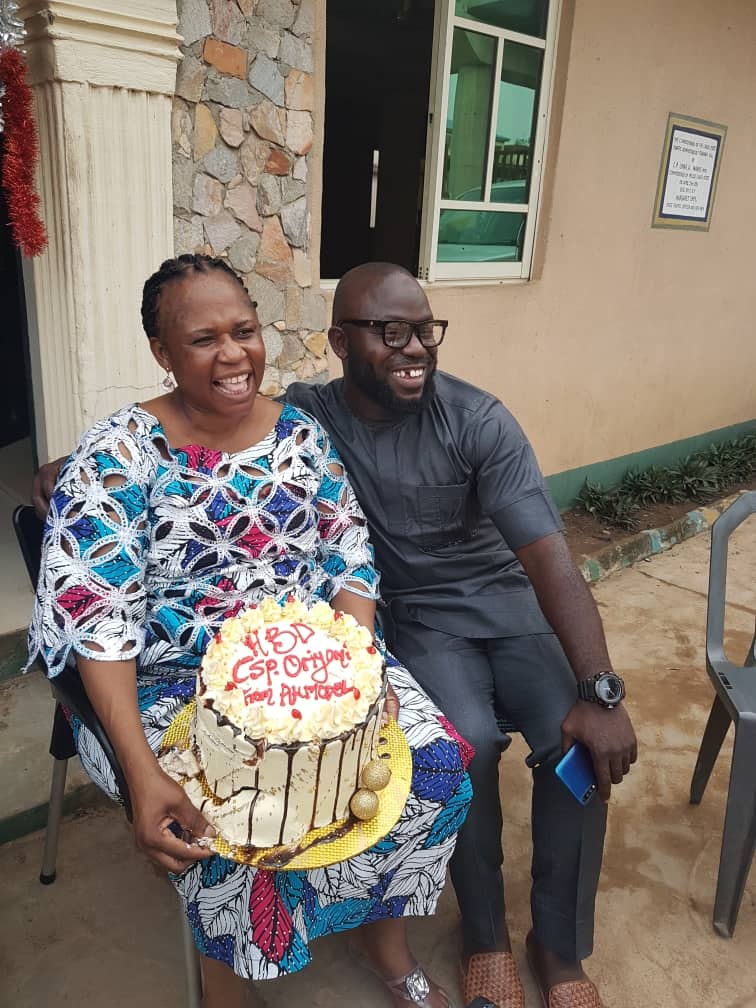 It was the turn of AKMODEL GROUPS M.D, Builder (Dr.) Abdulhakeem Odegade to pay a visit to the office of Lagos State MotorPol head, CSP Titilayo Oriyomi Oluwasanmi as she clocked a new year.

Recall she was also at the company’s 2nd Year Anniversary over the weekend as an awardee and to celebrate with them as well.

The M.D who went with Favour Benson, the Media Consultant, prayed for good health, long life and prosperity for her.

Pictures taken are below: