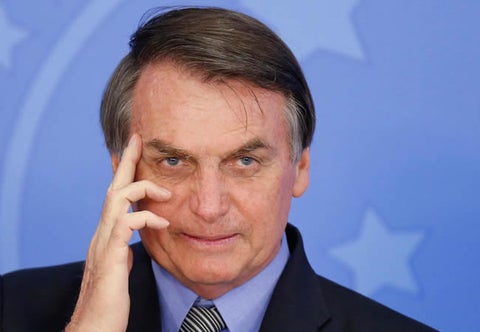 Like his US counterpart Donald Trump, Brazilian President Jair Bolsonaro has touted the supposed benefits of hydroxychloroquine and a related drug, chloroquine, against the new coronavirus.

Studies, however, have questioned their safety and efficacy against the disease, including one published Friday in respected medical journal The Lancet that found the drugs actually increased the risk of death.
That led the WHO to suspend a worldwide clinical trial of hydroxychloroquine as a COVID-19 treatment Monday.

“We’re remaining calm and there will be no change” to the Brazilian guideline issued last week, health ministry official Mayra Pinheiro told a news conference.
The guideline recommended doctors in the public health system prescribe either chloroquine or hydroxychloroquine from the onset of COVID-19 symptoms.

It was issued shortly after the resignation of former health minister Nelson Teich, who reportedly quit over Bolsonaro’s insistence on pushing the drugs despite a lack of solid evidence.
He was Brazil’s second health minister in less than a month.

Brazil, the Latin American country hit hardest by the pandemic, has emerged as the latest flashpoint, with nearly 375,000 cases — the second-highest in the world, after the United States — and more than 23,000 deaths.

Preliminary studies in China and France had generated hope the drugs might be effective against the new coronavirus.
That led governments to buy them in bulk. Trump even said last week he was taking hydroxychloroquine as a preventive measure, though he said Sunday he had finished his course of treatment.

Pinheiro questioned the Lancet study, which analyzed the medical records of 96,000 patients across hundreds of hospitals.

“It wasn’t a clinical trial, it was just a data set collected from different countries, and that doesn’t meet the criteria of a methodologically acceptable study to serve as a reference for any country in the world, including Brazil,” she said.

0 comments on “Brazil Continues With Hydroxychloroquine Despite WHO’s Suspension-”