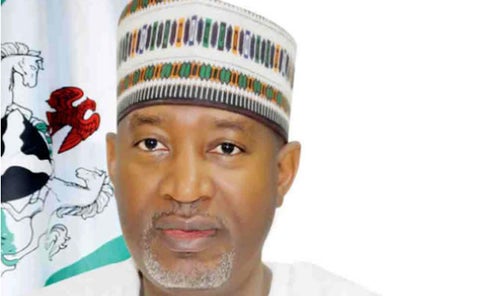 Nigerians, including a senior special assistant to the President, on Sunday, criticised the N1m fine slammed on a British carrier, FlairJet, by the Federal Government, describing the amount as meagre when compared to the offence committed by the airline.

For violating some sections of Nigeria’s Civil Aviation Regulations, FlairJet was made to pay a total penalty of N1m by the Federal Government.
It was also gathered that the carrier had been reported to stipulated authorities in the United Kingdom.
Last Sunday, a Legacy 600 aircraft belonging to FlairJet with registration G-ERFX was impounded by the Federal Government at the Murtala Muhammed International Airport in Lagos for carrying out commercial flight operations despite the ban on such flights in Nigeria.

After impounding the aircraft, the Federal Government quarantined the pilots and crew of the carrier for 14 days, and declared that all necessary sanctions against the British aviation company would be applied to the fullest.
Providing updates on the government’s actions against the carrier, the Minister of Aviation, Hadi Sirika, announced on Sunday that FlairJet was found to have violated some sections of Nigeria’s Civil Aviation Regulations.
Sirika, who disclosed this via his official Twitter handle, further noted that the carrier was made to pay the fine of N1m.

The minister added that the airline was also reported to the UK Civil Aviation Authority, the Ministry of Foreign Affairs and the UK High Commission.

But the minister’s tweet was greeted with diverse reactions from his followers, who they wondered why the penalty was so low.
Some of them also stated that there was a possibility for the company to disobey again, since the fine was very meagre.

Responding to Sirika’s tweet, the Senior Special Assistant to the President on Public Affairs, Office of the Vice President, Ajuri Ngelale, said, “I only wish it was N50m per violation.”
Another Twitter user, @akinolafestus, said, “Very unfortunate! This company will want to disobey our law and regulations again. Come to think of it, the airline will think it is better to pay the fine and operate the commercial flight and reap cool profit.
“Some of our laws need review to reflect present realities.”

Chike Mgbeadichie said, “How is this a penalty? This is just a slap on the wrist. But again, the Nigerian government versus the UK’s is like a rat versus a lion. We are puppets.
“If the situation were to be reversed, I am sure the penalty that would have been slammed on Nigeria could cause the company to fold.”

Nigerian airports have been under lockdown to commercial flights for more than about two months as part of measures to curb the spread of COVID-19.

Sirika had announced the seizure of the FlairJet aircraft on the grounds that the impounded aircraft had no approval outside humanitarian operations, but was caught operating commercial flights.