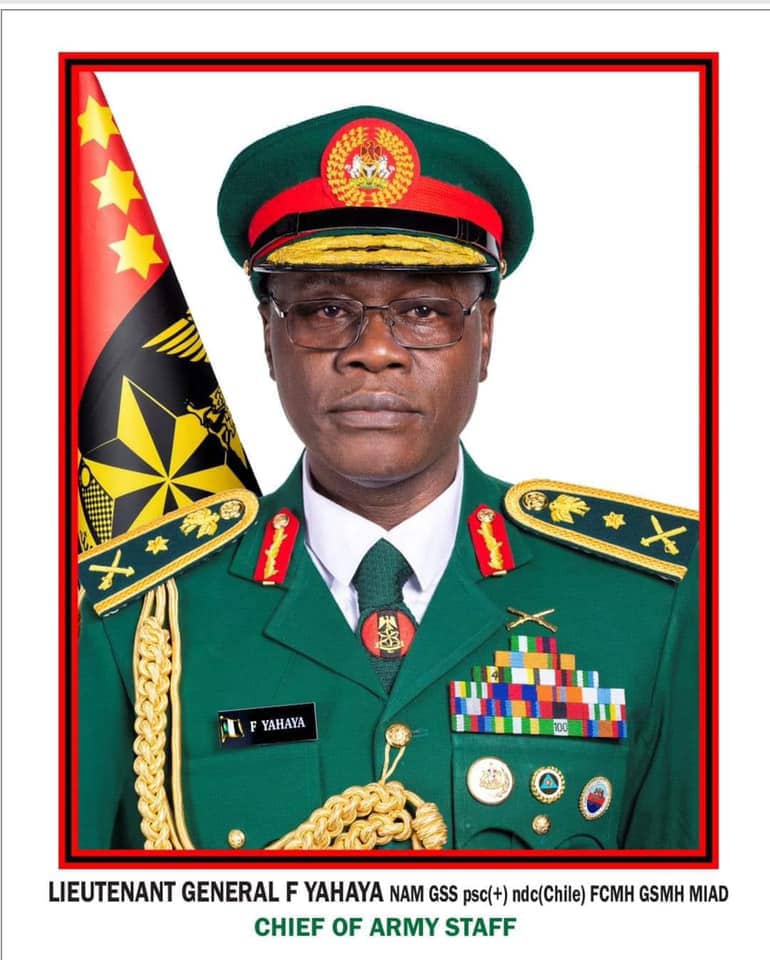 Nigerian 22nd Chief of Staff, Lieutenant General Faruk Yahaya, has commended the National Association of Online Security Reporters, NAOSRE, for its role in externalizing the counter insurgency efforts of the Nigerian Army under his Command in its reportage.

The Army Chief, who was represented by the Chief of Civil Military Affairs, Major General Markus Kangye, made the remark when the association’s President, Comrade Oyewale Femi led his team on a courtesy visit to Army headquarters in Abuja on Thursday.

Speaking, the Army Chief harped on the important role of the media in nation building and urged NAOSRE to redouble its commitment.

He noted that the cardinal focus of NAOSRE, in harmonizing sustainable understanding between military and civilians, aligns with the Nigerian Army Department of Civil Military Affairs, DCMA, which was established to serve as an interface between the Nigerian Army and the civil populace.

He therefore, tasked NAOSRE on professionalism and called for stronger ties in the interest of a better and safer Nigeria.

He explained Army success story in building on-going civil-military relations which has led to better understanding between civilians and military, resulting in the continuous degrading of terrorists across Nigeria

“In Adamawa State, a woman approached me after one of our military-civil events and exclaimed that she never knew that Army could be this friendly.

“She thought she would be made to do frog jump when she came to the event. But she and others were surprised. They were all happy and we related like brothers and sisters.

“That is the kind of Army that is being led by the Chief of Army Staff, Lieutenant General Faruk Yahaya. The Army, under Yahaya, is uncompromising in the respect for fundamental human rights and friendly engagements with civilians,” he stated.

Earlier, Comrade Oyewale Femi regaled the Army Chief of NAOSRE’s patriotic mission and promised to lend all necessary supports to the military so that Nigeria would be safe and remain a first choice to investors on the Continent.