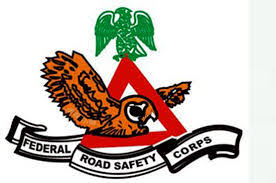 The Federal Road Safety Corps (FRSC) has decried incessant attacks on its personnel and operational tools due to the ENDSARS protest ongoing in the country.

The Corps Public Education Officer (CPEO) Assistant Corps Marshal, Bisi Kazeem disclosed this in an interview with newsmen on Friday in Abuja.

It was gathered that the FRSC commands and Operatives in some part of the country had been attacked following the ENDSARS protest.

Kazeem said that the Corps had suffered a lot of damage due to the protest as some of the Operational vehicles and tools of operations had been destroyed in some part of the country.

He said that the Corps Marshal, FRSC, Dr Boboye Oyeyemi had directed that all formations be placed on alert to avert further attack on its personnel due to the ENDSARS protest ongoing in the country.

He noted that the directives became neccessary due to the increased threats and escalation of violence adding that directives were given for the reduction of the visibility of the corps through scaling down of enforcement.

According to him, the directives became necessary due to the growing trend in the dimension and magnitude of the protest and continuous virtual threat to FRSC personnel and formation.

“On Oct 8, 2020, the Nigerian Youth started a nation wide protest against alleged police brutality with the Code name #ENDSARS.

“The protest which enjoyed relative social media campaigns and mobilisation posed both virtual and physical threat to the operations and general activities of FRSC.

“The FRSC experienced both virtual and physical attacks in the course of the civil unrest code names ENDSARS.

“Owing to the nationwide intelligence monitoring exercise of the corps and the tracking of online post by protesters and social media organisation sympathetic to the ENDSARS campaigns, indications deepened on the vulnerability of FRSC formations.

“Some of the placards displayed by the protesters pointed to the corps among other agencies as likely target in the course of the unrest.

“Those threats through the social media were not taken for granted hence, the scaling down of enforcement and commencement of daily security guide by the Corps Marshal to field commands, ” he said.

Kazeem said that upon the escalation of violence upon the country, FRSC formations came under physical attacks resulting in the burning down of offices.

This he said, includes Operational and other vehicles, damaging of sundry structures and massive looting of valuables of FRSC formations including Drivers license Centres (DLCs).

He however noted that no live of any staff had been lost adding that a staff sustained injury at Benin toll gate unit command and was currently receiving treatment.

He said that the states affected were Abia, Anambra, Delta, Edo, Imo, Lagos and Enugu saying that items and properties were stolen while some were burnt.

“Some of the items stolen and burnt in Aba South DLC were computers, printers, chairs, tables, Air conditioners, laptops, files, fans among others.

” Imo, Lagos and Enugu were also among the states affected during this Protest, ” he added.

Kazeem said that the Corps would however continue to respond to road traffic crashes and other emergencies as this was the mandate of the Corps while reiterating commitment to working for maintenance of national peace and security.

The CPEO urged youths to put an end to the protest which he noted had been hijacked by hoodlums to engage in inter-rival gang war and looting with impunity.

He also advised youth against ventilating their anger by vandalising government’s critical infrastructure, notwithstanding the provocation, frustrations and incitement