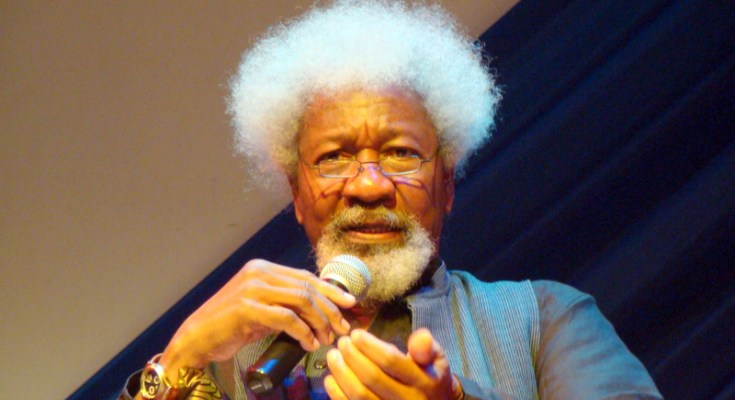 Abuja – Nobel laureate, Prof Wole Soyinka on said said President Muhammadu Buhari is not on top of things in Nigeria.

Soyinka was reacting to the letter written to Buhari by the former military governor of Kaduna State, Col. Abubakar Dangiwa Umar(retd), wherein he advised Buhari to change his mode of appointments, noting that his skewed appointments into offices of the Federal Government, favouring some and frustrating others, would bring ruin and destruction to the country.

However, this is not the first time Soyinka is condemning Buhari’s actions and administrative modus operandi, since Mr President assumed office in 2015.

Recall that the English Giant, had on April 2, 2020, criticised President Buhari’s handling of the coronavirus pandemic, saying the president had been conspicuously absent as the virus gained a foothold across the country.

More so, Soyinka, had on March 30, 2020, described movement restriction imposed on two states of the federation by President Muhammadu Buhari as “unconstitutional and a political virus for the future.”

Amidst all the criticisms from Nigerians at home and in diaspora, Buhari, no doubt has been working seriously to make Nigeria a better country.

However, not satisfied with his landmark achievements, Soyinka during an interview on PlusTv Africa, said the answer to the nation’s problem is decentralization.

His words, as quoted by TheCable, “First of all, I was appalled by the silence that followed this revelation. I think those who are responsible for this criminal lopsidedness should be punished. It is not sufficient just to discuss it. It’s criminal.

“I have said this before. I don’t believe there is really anybody in charge in Aso Rock. I’m sorry to say this. I’ve been studying the trend over the past year and a half and I believe this president is not in charge of this nation, in so many aspects and directions. I’m convinced he’s not really and totally with it.

“It’s so serious. It is not the fact alone, we know the history of this. We know what it has caused the nation and we know it isn’t over yet. And you say they are launching an enquiry. That’s not enough. This man is not in charge.”