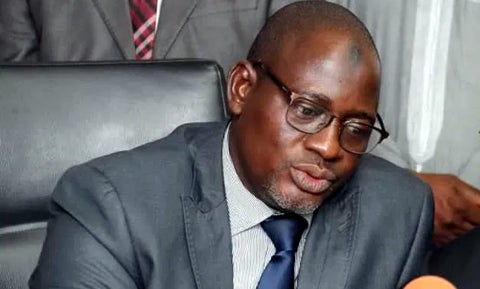 Hundreds of Nigerians who were given letters of employment by the immediate past Chairman of the Federal Inland Revenue Service, Mr. Babatunde Fowler, have not been allowed to resume over six months after they received the letters, The PUNCH has learnt.

It was learnt that some of those affected had already resigned from their previous places of work after receiving the letters of employment only to be rendered jobless afterwards.

A copy of one of the letters signed on behalf of Fowler by the Director, Human Capital Management Department, Victor Ekundayo, stated that the candidates had been interviewed by the management of the agency and had been offered employment.

It read in part, “Further to your recent interview with the Federal Inland Revenue Service, you have been offered appointment as Officer on Salary Level 11 Step 1 effective from the date you assume duty.

“By this appointment, you shall be placed on probation for a period of one year from the date of assumption of duty. Subject to your satisfactory conduct and performance within this period, your appointment shall be confirmed on a permanent basis.”

The document further stated that after a person had been confirmed, the notice for termination of employment shall be three months or payment of three months’ salary in lieu of notice from either party.

However, it was learnt that after Fowler’s successor, Muhammad Nami, was appointed by the President, Major General Muhammadu Buhari (retd.), in December 2019, the new intakes were not allowed to resume.

He said, “Things have been very difficult for me in the last six months. I was working at a company and I resigned immediately after I received my employment letter from the FIRS. Today, I am stuck. Is the FIRS saying it has not paid contractors and consultants in the last six months because they were engaged by Fowler?”

Another affected person told The PUNCH that their employment might have been halted because the new FIRS leadership was trying to reverse some of the policies of Fowler.

He said, “I was told that Nami has been probing Fowler and reversing some of his policies. We are professionals and we don’t play politics. The FIRS should address our situation at once or we may have to file a class action.”

He said the FIRS leadership had, in the last six months, been probing the credentials of those offered employment. He called on those affected to be patient.

Ahmad said, “We are aware of the development and as you know, we are also battling challenges. When we came, we met many challenges. We met the process when we arrived. The process is on to verify their certificates.

“We have not abandoned them. Very soon, we will contact them. Those who have been cleared will be contacted. We have nothing against Fowler for God’s sake. It is not because Fowler gave them employment that they have not been attended to.”