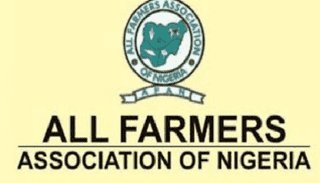 The President of All Farmers Association of Nigeria, AFAN, Arc Kabir Ibrahim, Monday, called for more funding of the National Agricultural Seed Council, NASC, for proper regulation responsibilities towards the production of quality seeds for farmers and investors in order to boost food production, availability, and profitability.

Ibrahim said the seed system remains the engine room of all agricultural production including agribusiness in a nation, therefore its rapid development will bring about marked improvement in the potential of the country in the attainment of food security and general prosperity.

“The National Agricultural Seed Council, NASC, should be supported and fully funded by the government in order to be able to play this invaluable role. The notion that it does not require funding being peddled around shows a lack of firm grasp of the real issues around the evolution of a veritable seed system.

“The Seed Act 2019 which is now fully gazettes as law is geared towards revitalizing the NASC by making it the chief regulator of the seed industry in Nigeria and therefore it is the last place to consult on all seed issues.

“The details of what needs to be done are clearly articulated and only await implementation to make Nigeria’s seed system efficient and sustainable to bring about Food Security and prosperity generally.

“It is very desirable to emphasize that the Anchor Borrower Programme, ABP, of the Central Bank of Nigeria, CBN, must as a matter of urgency work in close partnership with NASC to successfully impact Nigeria’s Agriculture looking at the enormous investment in the programme without much success today.

“The Federal Ministry of Agriculture and Rural Development must support the NASC to perform its regulatory functions properly by making sure that all activities around the provision of seed to the farmers in the current drive to the attainment of food security are effectively implemented with its involvement as the sole regulator of the seed component of the efforts, especially the Agric for Food and Job Plan, AFJP, targeting 2.4 million farmers as announced recently.

“The Seed System it must be noted is actually the engine room of all Agricultural production and even Agribusiness in a nation therefore its rapid development will bring about marked improvement in the potential of the country in the attainment of food security and general prosperity.”

He also expressed worry over the current situation of soaring prices of food crops, floods and insecurity portend a serious impediment to the attainment of food security in Nigeria “as feared by the President lately due to the souring prices of items.”

“Let the word go forth to all the drivers of Nigeria’s Agriculture that the farmers attest that good seed is the Sine quo non of Agricultural production and without ensuring its efficacy it is impossible to make any meaningful progress in the attainment of food security as proven in all the nations where food is evidently secure!”, he added.

Meanwhile, the farmers’ boss called for support from the African Development Bank, AfDB, to boost NASC’s productivity as far as the seed industry is concerned in order to enhance the production of food in Nigeria and by extension Africa.

“The AfDB led by our own Dr Adewunmi Adesina, a world-renown Agricultural Economist, the first and only Nigerian to be roundly elected by all stakeholders can give the desired support Nigeria needs to fully reinvigorate its seed system which will fully and sustainably impact its food system.

“The evolution of a healthy and efficacious Nigerian seed system will have a ripple effect on the entire African seed system and coupled with a fully implemented AfCFTA will ultimately bring about food sufficiency in Africa which will, in turn, actualize the zero hunger Africa drives finally”, he stated.

Nigeria Idol:See Why There Will Be Real Battle