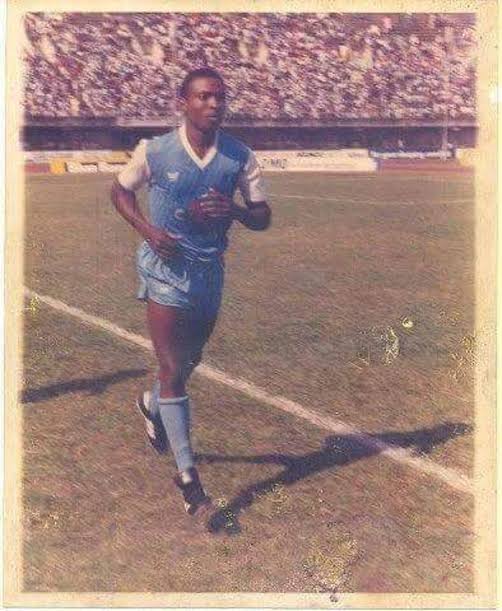 In the past few weeks, the minister of Sports, Mr Sunday Dare has been offering succour to relatives of fallen sports heroes including the aged mothers of Rashidi Yekini, Samuel Okwaraji and Ali Jeje.

Esther Ekarika, widow of late Flying Eagles striker Uwem Ekarika, commended the Minister’s gesture to the families of past heroes but called on him to extend the gesture to her and the children her late husband left behind.

Ekarika, it would be recalled, was a household name in Nigerian football in the mid-1980s. He scored freely for Calabar Rovers, Leventis United of Ibadan and for the Flying Eagles. His goals aided Nigeria to qualify for the 1985 FIFA U-20 World finals which held in Moscow.

He could not travel with the Nigerian team to the finals because he had an examination at the Calabar Polytechnic. Uwem Ekarika left behind his wife, Esther and five children. The widow battles to pay for their education from her paltry salary as a teacher Ubong Uwem Ekarika, 18, added voice to his mother’s cry, “the minister should remember us too, as he has done for