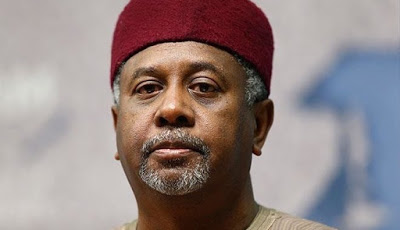 A former National Security Adviser, Sambo Dasuki, has allegedly welcomed a new baby from his second wife barely six months after he was released from prison.

Dasuki who has been in detention of Department of State Services (DSS) since Dec 2015 was released on December 24, 2019 alongside embattled Journalist, Omoyele Sowore.

However, a report by Daily Nigerian says the former NSA had added a new member to his growing family, according to a close family member.

The newborn is the third child of the second wife. Prior to this new family addition, the NSA had three children with his first wife who he is believed to be divorced from.