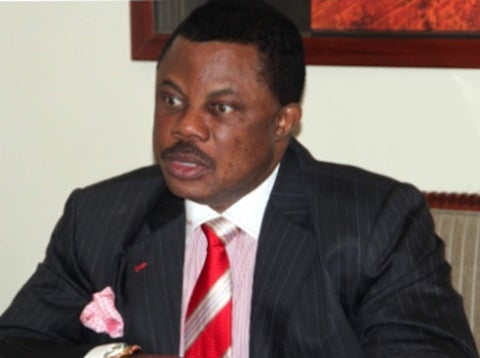 A Coalition of five Civil Society Groups in Southeast, yesterday wrote to Governor Willie Obiano of Anambra State, appealing to him to reverse and rescind the disbandment of a state traffic agency, the Willies Work Force, WWF.

The group, under the aegis of Civil Society for Equity, Justice and Fairness, CSEJF, Southeast Nigeria, made up of Campaign for Democracy, CD, Human Rights and Justice Advocates, HRJA, Centre for Human Rights and Peace Advocacy, CHRPA, Social Justice, Fairness and Civil Defence, SJFCD, Society for Human Right Initiative and Advocacy, SHIRA, said that161 officers and men of the outfit have been maliciously thrown out of job with the government disbandment of it.

The Anambra State Government in a statement dated May 13, 2020, and a public announcement dated May 19, 2020, signed by the Commissioner Transport, Dr Christian Madubuko, announced the dissolution of WWF.

The statement claimed that WWF, modus operandi is such that centers on extortion of the general public and as such bring disrespect and disrepute to the Governor, State Government and APGA.

However, CSEJF, in a statement after an emergency meeting in Onitsha, signed by Comrade Ekene Nnadi, Chairman CD, Anambra State, Dr Anthony Ogomegbulam, National Coordinator, HRJA, Comrade Peter Onyegiri, Executive Director, CHRPA, Dr Emeka Anyanwu, President, SJFCD, and Wilson Akubueze, Chairman of Trustees of SHIRA, respectively, dismissed all the allegations contained in the satatement by the Commissioner for Transport, saying that his Ministry deceived Governor Obiano, with lies against WFF officers and men in order to achieve their selfish aims of removing its commander, Mr. Obinna Ajaebgu.

CSEJF, also called on the Anambra State House of Assembly probing the disagreement between the Commander of WWF, Mr Ajaegbu and the State Commissioner of Transport to ensure that justice, is done in their ongoing probe of the matter, adding that the “the probe into the disagreement is a test case for the state lawmakers, as it will determine their integrity and whether they are really representatives of the electorates.”

“We are aware that Governor Obiano was deceived with lies by agents of the state government in disbanding WWF, an outfit employing over 161official, known for their diligent delivery in their job, if not one wonder how he will in this period of Coroanvirus pandemic sack such number of workers by dissolving the outfit.

“It is inhuman and the height of wickedness for any government to embark on such reckless sacking of workers during this period of pandemic virus, more so when the reason for sacking them is just unsubstantiated.

We therefore, appeal for the immediate reinstatement of all the workers of WWF, by the Governor, they were blackmailed, falsely accused, and not allowed fair hearing and forcefully stopped work by the State government even when the State House of Assembly is still probing the matter.

“It will be recalled that on 14 April 2020 the office of WWF, at the Niger Bridge Head, Onitsha, was invaded by a combined team of Operation Udoka and Department of State  Services, DSS, on the instruction of the Ministry of Transport, and over eleven staff of the WWF, including their Commander Mr. Obinna Ajaegbu, was arrested and taken to State Investigation Bureau,SIB, Awka, where they were detained for two days on allegation of extorting money from a staff of Chukwuemeka Odumegwu Ojukwu University, who was contravened for driving one way in Onitsha, an allegation they denied.

“The arrest of the WWF officials was after some of them controlling traffic at the Building Materials International Market Ogidi, junction, were also arrested, forced to kneel down on the road, publicly flogged, before they were taken to Awka.

“Trouble started for the WWF leaders and workers three days after they distributed palliatives they bought with donations some good spirited individuals like, Director of Pax Pharmacy, Mr Uche Apakama, Managing Director of Sameco, Chief Sam Egenti, Chief Chinedu Ofoma, C Rays and Company, R&S Loto, Traders of Grain Market popularly known as Ogbo Tomato and traders of Bakery Materials Ogidi, including others, used in appreciating their good works, to cushion the effect of the COVID-19: nationwide lockdown.

“The distribution of cups of rice, beans, tubers of yam, tissue papers, salt, maggi, sachets of Noodle, 75 cl of Power Flo vegetable oil, which did not even go round the WWF workers, as it was on whatever you pick you go home with,  was said to have angered some top government officials close to the Governor, who from that day intensified their fight for the removal of WWF, Commander Mr. Ajaegbu.

“However, when the plot to remove him failed, his persecutors started working for the dissolution of WWF, an outfit loved by the people of the state because of their efficient control of traffic and discipline unlike others that have been harassing people and removing number plate of their plates even when they park along the road to answer phone calls.”