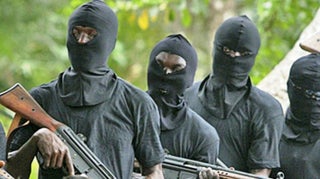 Some gunmen have abducted six people, including five siblings at the Gonin Gora area of the Chikun Local Government Area of Kaduna State.

The siblings, all boys between the ages of eight and 18 years, were abducted while they were sleeping in their home on Thursday night.

Their father, Mr Bamidele Awelewa, said the kidnappers gained access into his compound by breaking the fence.

The CP assured the residents that effort was being made to tackle banditry and kidnapping in the area.