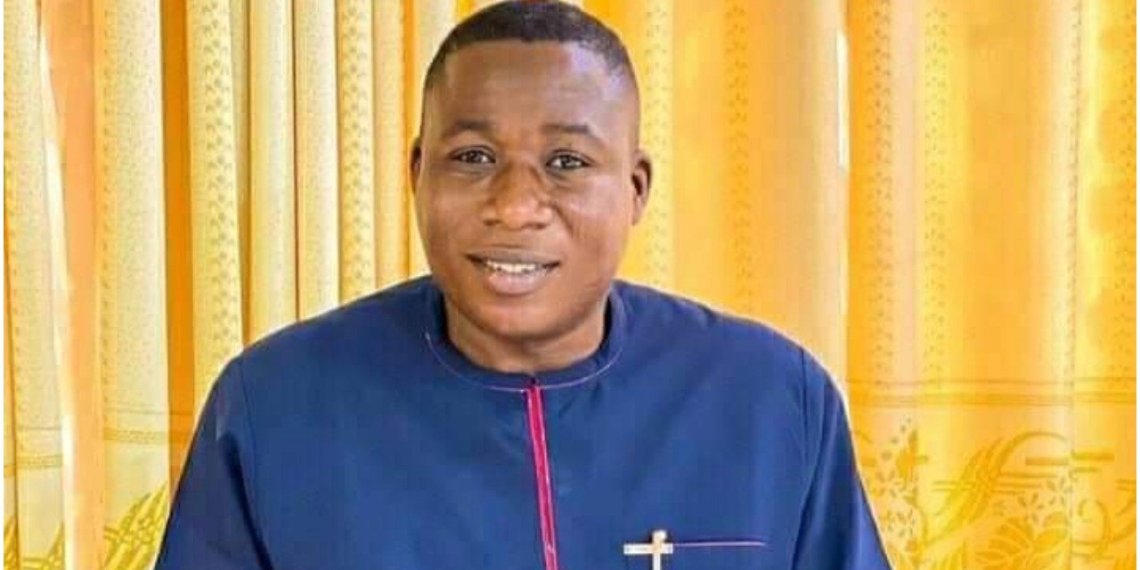 …Slams 5-count terrorism charge against 2 of them

Globaltimes Nigeria reports that THE Department of State Services, DSS, yesterday, narrated before a Federal High Court in Abuja, how a gang of mobile armed robbers, commonly known as ‘One Chance’ operators, hijacked its case file on the fundamental rights enforcement suit that was filed by detained associates of Yoruba Nation activist, Sunday Adeyemo, fondly called Sunday Igboho.

This came as 12 associates of Sunday Igboho, yesterday, instituted a rights enforcement suit against the DSS, for being paraded on the media as criminals.

Meanwhile, the DSS, through its lawyer, Mr. I. Awo, told the court that inside the stolen case file was a counter-affidavit it filed to oppose all the reliefs Igboho’s aides are seeking against it in their suit.

Consequently, it urged the court to adjourn further proceedings on the matter till a later date.

Awo told the court that the ‘One-Chance’ thieves snatched the case file from his female colleague who, unknowingly, boarded their vehicle.

He told Justice Obiora Egwuatu that aside from the case file, other items belonging to his colleague were also stolen by the gang.

Though counsel to the DSS confirmed that he received all processes the Applicants filed in respect of the suit, he told the court that he was helpless, going by the unfortunate incident that led to the loss of the case file to men of the underworld.

Awo said: “My lord, indeed we were served with the Applicants’ processes, and we filed our counter-affidavit on the 6th day of September.

“Unfortunately, on the 7th of September, my colleague, who is supposed to appear with me in the matter, was asked to bring the file to the court.

“While on her way home yesterday (Tuesday), she boarded a vehicle owned by robbers, popularly known as One Chance, and was dispossessed of all her belongings, including the processes.

“This morning (Wednesday), I wrote a letter to the court for a certified true copy of the Respondents counter affidavit. Once we have it, we will serve the Applicants.

“My lord, that is the circumstance we found ourselves in.”

Though counsel that represented the Applicants on Wednesday, David Olowoniwa, initially opposed the adjournment request, he eventually conceded, albeit reluctantly.

In his bench ruling, Justice Egwatu agreed to adjourn the matter.

However, the judge said he would return the case file to the Registry, considering that the court will return from its ongoing vacation on September 20.

“Accordingly, this case file is sent back to the Registry for reassignment,” Justice Obiora held.

The 12 Applicants, who were arrested and detained after a midnight raid the DSS conducted at Igboho’s residence on July 1, had, in their suit, alleged a gross violation of their fundamental human rights.

They are praying the court to, among other things, order the DSS to pay them N100 million, being aggravated and exemplary damages against the Respondent, in favour of the Applicants, for the serial breach of their constitutional rights.

DSS slams 5-count terrorism charge against 2 of them

Meanwhile, the DSS has preferred a five-count terrorism charge against two of the Applicants-Noah Oyetunji and the only lady it arrested during the raid of Igboho’s residence, Amudat Babatunde.

Whereas the DSS, in the charge marked FHC/ABJ/CR/305/2021, which it entered before the Federal High Court in Abuja, among other things, alleged that the 1st Defendant, Oyetunji, had firearms for terrorism-related activities, it alleged that Amudat helped to promote acts of terrorism, using her Facebook page.

Some of the counts in the charge, a copy of which was sighted by Vanguard, read: “That you Jamiu Noah Oyetunji, Amudat Habibat Babatunade, adults, with others still at large, on or about the 1st day of July 2021, at the residence of one Sunday Adeniyi Adeyemo (aka Sunday Igboho), located at Soka area of Ibadan, Oyo State within the jurisdiction of this Honourable Court, did conspire to commit acts of terrorism, to wit possession of prohibited firearms: contrary to Section 17 of Terrorism (Prevention) (Amendment) Act, 2013 and punishable under the same section of the Act.

“That you Jamiu Noah Oyetunji, Amudat Habibat Babatunade, adults with others still at large, on or about the 1st day of July 2021, at the residence of Sunday Adeniyi Adeyemo (aka Sunday Igboho) located at Soka area of Ibadan, Oyo State, within the jurisdiction of this Honorable Court, did have in your possession, without lawful authority, the under listed prohibited firearms:

Though the DSS has so far released 10 out of the 12 persons it arrested at Igboho’s house, it retained the two Defendants in its custody.

Their lead counsel, Mr. Pelumi Olajengbesi, told journalists that DSS declined to release four others due to “some legal technicalities”.

But in a swift reaction, Ilana Omo Oodua, IOO, faulted the claims by the DSS on the stolen case file, saying it was a flimsy excuse.

Director of Communications of IOO, Maxwell Adeleye said: “The DSS has shown that it is an organisation that only can bully arm-less citizens.

“We at Ilana Omo Oodua reject that flimsy excuse of the DSS. The organisation is the most political, unbiased and unprofessional among the Security formation of the nations of Nigeria.

“If armed robbers could hijack the case file belonging to the DSS, it means there’s no hope for the common people.

“No wonder, the security outfit has no solution to the series of security quagmire confronting Nigeria. They are only competent when it comes to harassing the common people.

“As usual, be rest assured that this will be trashed. We shall be waiting for the evidence they will present in court against the two detained people we considered to be innocent. We thank the DSS for finally having the courage to file charges against the detained people. We are sure that the allegations are baseless and reckless.”

“You’re part of those that will change the narratives of this industry” – Agbaminoja To 200 Young Creatives At Induction Ceremony   The Governor...