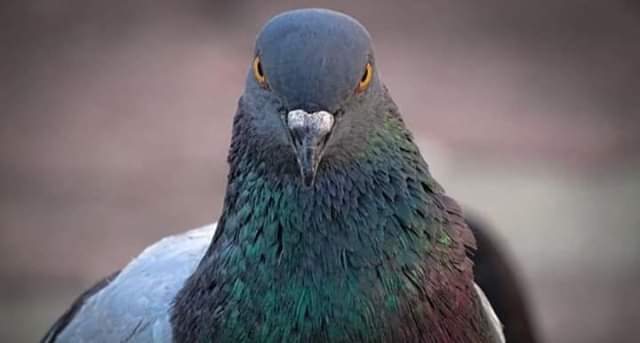 The police in India have arrested a pigeon on suspicion that it is a trained spy for Pakistan.

Indian officials said that the pink painted bird carrying a “coded message,” attached to its foot was alleged to have flown from across the border that separates Indian and Pakistan-controlled parts of Kashmir, according to reports.

Villagers living close to the border in Manyari turned the pigeon over to authorities after catching it along the border, Sky News reported.

Geeta Devi, a resident of the Kathua district of Indian-administered Kashmir, reported that the bird flew into her home Sunday night. Police logged the animal as a “Pak Suspected Spy” and launched an investigation to decipher the message, the outlet reported.

“We don’t know where the bird has come from. Locals on our side captured it near our fence,” Kathua police’s senior superintendent Shailendra Mishra told the Times of India.

“The pigeon, suspected to be trained in Pakistan for spying, has a ring with letters and numbers written on it,” a police source said.

“Though birds have no boundaries and many fly across international borders during migration, a coded ring tagged to the captured pigeon’s body is a cause of concern as migratory birds have no such rings,” the source added.

However, in an update, a Pakistani villager has urged Indian Prime Minister Narendra Modi to return his pigeon, currently being held in India on charges of spying.

The man identified as Habibullah, who lives just 4km (2.5 miles) from the border, said he flew his pigeons to celebrate Eid festival.

This is not the first time birds have reportedly been used for espionage in the disputed territory in the past.

In 2016, the Indian police arrested a pigeon that was found carrying a warning note to Prime Minister Narendra Modi near the nation’s heavily militarized border with Pakistan.

In 2013, Indian security forces found a dead falcon fitted with a small camera, and in 2010 another pigeon was detained over spying fears.