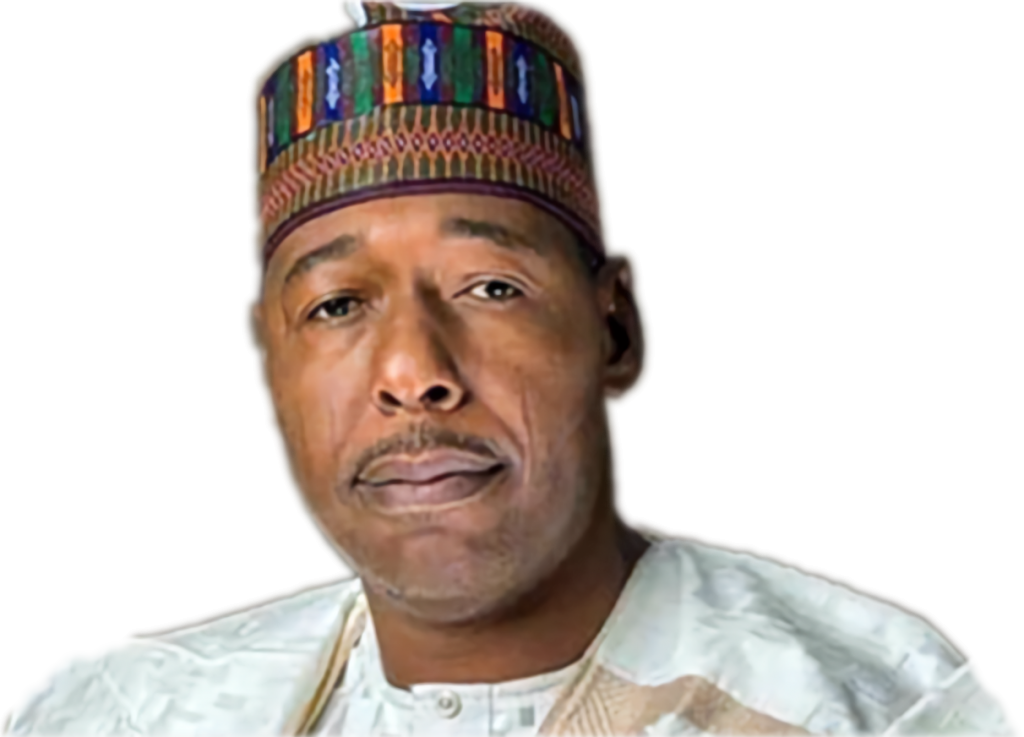 He called for a retooling of the military to stop the terror group from growing into a greater monster.

The governor believes that a well-equipped and better-funded ISWAP, if allowed to gain an inroad into the country, would pose far worse humanitarian and security crises than Boko Haram.

It said NFIU has unmasked 424 associates and supporters of the financiers, about 123 companies and 33 bureaux de change linked with terrorism.

Noting the successes in the war against insurgency in the Northeast, Zulum said: “Notwithstanding all the contributions of the Federal Government, we still have some challenges.

“One, I said it before, a growing number of ISWAP in some parts of the state – in the shores of the Lake Chad and Southern Borno – is a matter of great concern to everybody.

“I was told there was military deployment yesterday (Wednesday) to southern Borno to fight the insurgents in the Tudun Katarangwa.

“But I think this is the early warning system. We shouldn’t allow ISWAP to grow.

“ISWAP are more sophisticated, better funded and more educated and we shall do everything possible to defeat ISWAP. Otherwise, what Boko Haram did will be a child’s play.

“This is an early warning system. Nigerian Army has to restrategise and defeat ISWAP.

Globaltimes Nigeria reports that ISWAP will be a threat to the entire nation. Because of the proximity of Sub-Saharan Africa, they are coming from Libya and others and resettling here,” he added.

“I have said it time without number that in addition to what we are doing, there is a need for government to rethink and look into the possibility of hiring mercenaries.

“America, Britain and many countries that are stronger than Nigeria, used to seek support outside.

“There’s nothing wrong (with the idea) because this problem has been compounded. And it’s not easy for us to solve the security challenges that we are having now.

“While Nigeria is providing a lot of things and Federal Government is buying equipment, there is the need for us to seek support from external agencies to defeat these insurgents once and for all before the matter will reach other parts of the nation,” the Borno governor said.

He called for the sanitisation of the armed forces recruitment process, adding that funding remained critical.

The governor recounted losses suffered by the Northeast to terrorism, including over 5,000 classrooms, 900,000 homes, 713 energy distribution lines and over 1,600 public water sources.

“The outcome of the recovery and peacebuilding assessment by the World Bank, European Union and the United Nations, revealed that the total sum of our $6.9 billion was lost as a result of the insurgency the entire Northeastern states, out of this Borno State accounts for over two-third per cent.

But, financiers of terrorism will soon have their day in court, Minister of Information and Culture, Lai Mohammed, said in Abuja.

He spoke during a briefing on President Muhammadu Buhari’s anti-corruption fight.

The minister said: “NFIU in 2020-2021 revealed 96 financiers of terrorism in Nigeria, 424 associates/supporters of the financiers, involvement of about 123 companies and 33 bureau De Change, in addition to identifying 26 suspected bandits/kidnappers and seven co-conspirators.

“The analysis has resulted in the arrest of 45 suspects who will soon face prosecution and seizure of assets.

“NFIU has also sent 1,165 intelligence reports on cases of corruption, money laundering and other serious offences to 27 domestic agencies for investigation, prosecution and asset recovery.

“On terrorism financing, NFIU had intelligence exchanges on Boko Haram, ISWAP, banditry, kidnapping and others with 19 countries.

The minister said the Whistle-Blower policy has led to the recovery of N700 billion.

He said to check corruption, the government would enforce Executive Order 10 on financial autonomy for the three arms of government.

He confirmed that the Accountant-General of the Federation has been directed to deduct, from source, funds due to state legislatures and judiciaries from the monthly allocation of states that fail to comply.

He faulted the naysayers and Transparency International for not taking into cognisance the far-reaching anti-corruption initiatives of the Buhari administration.