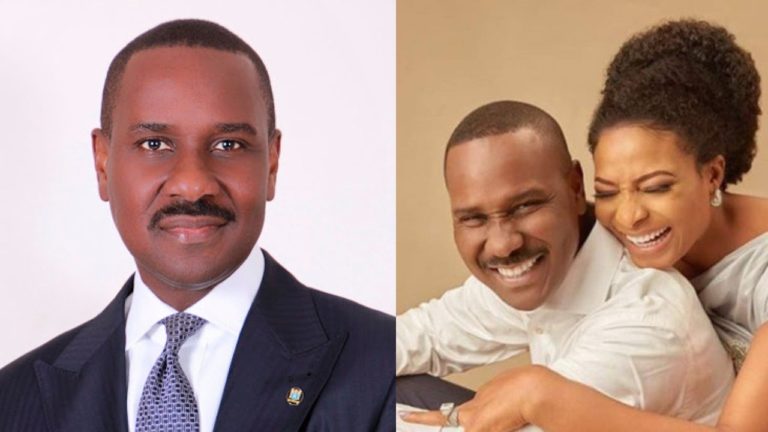 Ituah Ighodalo, a senior pastor of  Trinity House Church in Lagos, on Sunday, presided over a church member’s funeral, hours after Ibidun, his wife, passed away.

The former Miss Lux died of a heart attack in her sleep while in Port Harcourt, capital of Rivers state.

Her death came as a rude shock to her fans, colleagues and acquaintances who penned heartfelt condolences to the bereaved family.

Amid the tributes, a video clip surfaced on social media platforms showing the clergyman addressing an audience in what appeared to be a condolence service.

In the now-viral video, Ituah said he received a phone call that “shattered his life” at around 2am on the same day.

“For the past 72 and 84 hours, everywhere tensed, confused, frightening, and disturbing but here we are today. I mean, if they had told us last week Sunday that we will be here to celebrate Ayodeji’s life, we’ll say it’s not possible,” he can be heard saying.

“But here we are right now and here he is. And of course, a lot of you know that I really shouldn’t be here but that’s how life is. So, this morning, I received a call that shattered my life but life must go on.”

In a statement released by Asue Ighodalo, a member of the deceased’s family, it was said that details of her burial ceremony will soon be released.

“As you will understand, this is a difficult time for our families and we will appreciate some privacy during this time. All information on burial proceedings will be provided in due course,” it read