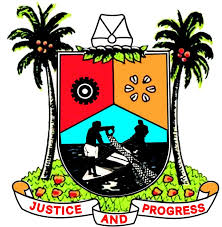 The Lagos State Government has warned residents against indiscriminate dumping of refuse into canals and attributed the refuse challenges experienced in Surulere after rainfall to ongoing dredging work in the area.

It stated that the indiscriminate dumping of refuse was responsible for what residents of Akobi Crescent in Surulere currently experience.

To end the act, Commissioner for Environment and Water Resources, Tunji Bello, informed residents that security agencies including operatives of the Kick Against Indiscipline, Neighbourhood Safety Corps, and LAWMA Monitoring Gang have been mandated to arrest anyone caught dumping refuse in drainage channels and canals.

Bello, in a statement on Sunday, while reacting to the video trending on social media, stated that the convergence was due to ongoing dredging of system 6c downstream from Lagos University Teaching Hospital (LUTH) and the blockade at Akobi Crescent.

He added that the blockage at Akobi Crescent end resulted from nonchalant attitude of residents but gave an assurance that procedures are in place to facilitate the speedy completion of the dredging and clearing from LUTH in Idi-Araba by the contractor.

“The system 6c is from Cele to Agege Motor Road, through Idi-Araba and Akobi Crescent. Excavation and removal of dirt from the canal are being done simultaneously. However, it should be pointed out that the canal had been completely blocked and solidified over time with age-old refuse dumped in the channel”.

The Commissioner explained that, as soon as it was realized that the refuse was swept to the area by the rain, the Ministry directed appropriate agencies to clear it immediately while imploring residents to desist from dumping refuse in the canals and drainage channels.

He expressed dissatisfaction that the Idi-Araba section which had been cleared was again littered by the residents, stressing that upon assumption of office, the present administration tackled the several years of decay by confronting the issue of blocked drainage channels, through dredging and clearance.

Bello maintained that the time has come for residents of the areas, through which channels run, to take up ownership of such infrastructure by preventing and apprehending people who dump refuse in them, pointing out that negligence and recalcitrance lead to wastage of scarce State resources that should be deployed to other infrastructure renewal projects.