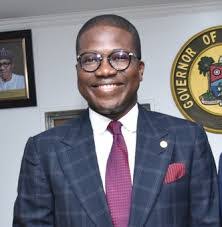 The Lagos State Head of Service, Mr. Hakeem Muri-Okunola has reassured all government employees of improved welfare packages, as well as conducive work environment as part of efforts to ensure effective and efficient service delivery amongst the entire workforce.

Muri-Okunola disclosed this at the ongoing Year 2020 Ministerial briefing, while giving an account of stewardship in the State Public Service to mark the first year anniversary of Governor Babajide Sanwo-Olu led administration at JJT Park, Alausa, Ikeja, on Wednesday.

He said that in fulfillment of the present administration’s promise to strengthen institutional capacity of Ministries, Departments and Agencies (MDAs), Governor Sanwo-Olu had granted approval for the procurement and allocation of official vehicles to all the newly appointed Permanent Secretaries, Principal Officers in the State Public Service as well as utility vehicles for use of Ministries, Departments and Agencies.

He added that such procurement and allocation of vehicles includes, Ministerial Operational Vehicles, Departmental Utility Vehicles, Specialised Operations Vehicles as well as Bicycles and Motorbikes for Central Business Districts (CBD) administration to execute their functions in consonance with the Security and Governance pillar of the T.H.E.M.E.S Agenda.

The HoS further stated that Mr. Governor has approved the conclusion of the Year 2020 Promotion Exercise in a manner that demonstrates understanding, compassion and emerging realities of the time, saying that the approval took note of the imminent retirement of qualified officers from the Public Service and the necessity to ensure that such personnel are not deprived of their statutory entitlements and terminal benefits commensurate to their grade levels.

Affirming that the government recognises the critical importance of a sustained availability of healthcare professionals in the State Health Sector, Muri-Okunola revealed that a seamless automatic replacement procedure has been entrenched in the State Health Sector with special allowances approved for healthcare professionals beyond the traditional hazard allowance.

According to him, in a clear demonstration of the commitment of the present administration to staff welfare, the Lagos State Governor approved the replacement of 35 old buses out of the fleet of 55 staff buses used in conveying members of staff to and fro the Secretariat with 35 brand new Marcopolo Scania Buses, pointing out that the fleet covers 44 designated routes across the five divisions of the State and the border towns of Akute and Mowe/Ibafo in Ogun State.

Outlining other achievements, the HoS stated that Governor Sanwo-Olu, within one year, graciously approved and released Housing Loan Subvention in fulfillment of his promise to prioritise Staff welfare. He said the loans have been disbursed to 1,372 members of Staff, while 88 eligible employees received letters of Allocation for Quarters.

Muri-Okunola stated that towards encouraging more Public Servants to proffer solutions to identified challenges with commensurate rewards for their ideas, the Office of the Head of Service, through the Office of Transformation, Creativity and Innovation has established a Creativity & Innovation (C&I) Committee.

He also disclosed that the Public Procurement Agency has carried out series of advocacy and sensitisation programmes for key internal and external stakeholders in the public procurement process, such as Accounting Officers and other key Officers of MDAs, Chairmen of Local Councils, Council Managers, Council Treasurers and other Senior Officers of LG/LCDAs of the State as well as members of the business community.