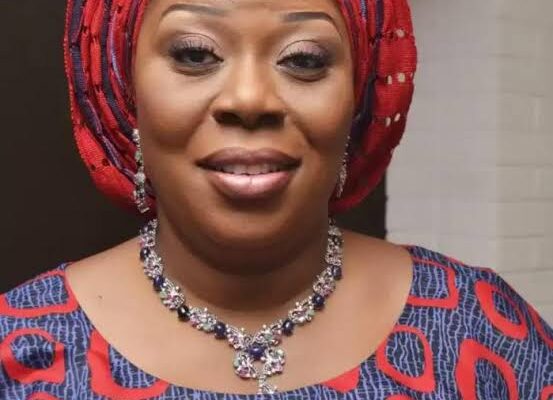 Adetoke Benson-Awoyinka is the Special Adviser to the Lagos state Governor on Housing and Development. In this interview, she speaks on the renewed vision for the Lagos State Real Estate Regulatory Authority (LASRERA) among other related issues. Excerpts:

What does LASRERA seek to achieve for Lagos State government and citizens?

The aim is to ensure the creation of an innovative and sustainable environment to promote Lagos as a real estate investment destination in Africa.

We want everything about housing and real estate Lagos to be well regulated. We want to know the agents and their offices so that when anything comes up, we can defend our people.

For agents who shortchange people, we want to ensure that we go through the full length of the law to get them prosecuted.

So if you defraud people, you will be charged with obtaining by false pretense under the criminal code of the law, and we will make sure the court system prosecute you to the fullest and the properties are forfeited.

That’s the big punishment for whoever is defrauding people, but also a relief for our people as they can be sure they will get their money back.

That is why we are here. Those that have been defrauded in the past can come into our offices to lay their complaints with information that can help. We will investigate and would do our best to make sure we bring the culprits to book.

Why did you consider it better as an agency instead of its former status as a department under the Ministry of Housing?

As a department, the law constraints how far you can go. As a full-fledged agency, it has become standalone where anybody can walk into; it’s properly managed, and well suited. It’s like you comparing a little boy and a grown man.

The difference in their abilities will be huge. As a full agency right now, LASRERA has the full requirement of the law to go after whoever does anything wrong.

So we expect people to comply with the law and be our brothers’ keeper. If you suspect anything, we have a whistleblowing section. We want you to report to us what is going on in the streets of Lagos.

Governor Sanwo-Olu’s administration efforts in housing seem to be spreading across the state. In what way will LASRERA address the shortage in accommodation currently being experienced by residents?

Lagos State has been the commercial nerve center of Nigeria and by extension Africa, hence the continuous migration of people into the state.

LASERA under the Ministry of Housing will also complement the efforts of the government. We will make sure that houses are available to our people and that people are not being defrauded.

We will continue to make sure that people who apply for houses get houses so that people don’t run away with your money.

We will also be ensuring that your rights are not trampled on by those engaging in unethical practices in the sector.

You talked about empowering real estate agents. What specific programmes are you putting in place to for them to scale up?

We have private sector people coming to do some training for mainly the brokers who want to be agents. We expect that they have some minimum qualifications.

There are some institutes who have professional courses that they can do. We want to make sure that not everybody on the streets of Lagos is an agent.

Anyone who wants to be in a profession must have minimum knowledge of what they are doing. That’s what we want to enforce in the state.

We have issues of lad grabbing and sort in Lagos. How do you plan to tackle this?

That is part of what we are doing. It’s not just about housing, it encompasses development and developers.

Positioning the agency requires communication tools of which today’s event are one of them. What other tools are you deploying to sell the agency’s programmes and policies?

We are going to make sure our advocacy system is topnotch. To make sure that Lagosians know they rights under the tenancy law so that ever Lagosian knows that he should not be defrauded.

We want to make sure that they know that they have a right to be defended. A lot of people in Lagos don’t know their rights and what they are entitled to.

Working with the ministry of Housing, we will also let people know that we have homes available.

Like I said, we have Lagos HOMS mortgage scheme coming in the next few weeks and is available for everybody who is interested in housing in Lagos.

What are you going to do to ensure that stakeholders key into this?

It’s the law that we will be enforcing. We expect our people to be law-abiding.

We expect people to follow the processes of Lagos. And we urge that the compliance level should be topnotch so that we protect our citizens.