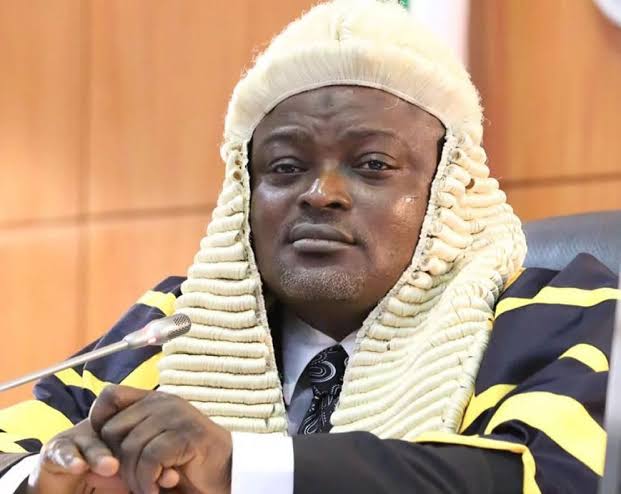 The corrupt practices of Mr Mudashiru Obasa, Speaker of the Lagos State House of Assembly (LSHA) have been brought to light. In a series of articles over the last few weeks, Sahara Reporters revealed several incidents of the chief lawmaker’s plunder of public funds and attempts to cover up by lodging these illegitimately acquired monies under false names. Based on this exposé “Concerned Nigerians”, an NGO, has written to the Economic and Financial Crimes Commission to have Mr Obasa arrested and prosecuted. But thus far, nothing has been done by EFCC or any government agency charged with ensuring proper conduct of public officials or EFCC and ICPC.

Similarly, he collected the sum of N258m supposedly for printing invitation cards for the inauguration of the Lagos state lawmakers. As if it were not criminal enough for someone to claim such an amount was used for such purpose, an added fact is that he approved this sum three months after the event! Thus obviously, that was only meant to cover some tracks of his thievery or simply provide “money for the boys”.

Obviously, for Mr Obasa, since they (himself, his party and of course their Jagaban of a leader Mr Bola Ahmed Tinubu(BAT), former governor of the state) are in control, state money is there for the picking – including for personal fàájì, so he had absolutely no problem with drawing N17m from the state coffers to refurbish his personal residence. And by the way, he similarly just dipped his hands into the Lagos state government’s kitty for another N53m to cover the expenses of his personal trip to the United States with his lover.

More importantly, there are grounds to conclude that these not insignificant amounts represent just a tip of the iceberg of corruption traceable to Mr Obasa. Sahara Reporters also discovered that there are “at least 64 bank accounts” operated by the thieving speaker of a thieving house of assembled crooks. All these accounts, whilst using different names are linked to the same Bank Verification Number BVN: 2296663231. And this BVN is that of Mr Mudashiru Obasa.

One of the reasons for putting the BVN system in place, as we were told at the time in 2014, was to enable the banking system establish a watch-list of bank customers identified by their BVNs, who have been involved in fraudulent activities. S

o, how could so many leading banks give the impression that they were not aware of the fraudulent hinges of Obasagatewhen it was being constructed with the whooping number of sixty-four bank accounts?! And indeed, how many of those politicians already charged or convicted for corruption have the banks blown the whistle on? None! Rather, BVN is used to track poor working-class people who have been indebted in one bank, to stop them having access to money from the banking system through other banks. It is like a spider’s web, set to catch the insect they consider poor people to be, but not the  barawo of a political elephant in the room.

The case of Mr Obasa is reflective of widespread corruption across all tiers of government, amongst but not limited to the “legislathieves” arm of government. Despite being probably the highest paid and most underperforming legislators in the world (in the midst of one of the least paid working-class globally), members of the National Assembly have become notorious for corruption.

And even when any legislator at national or state level is convicted of corruption, he or she still has full rights to maintain her/his seat in parliament and keep collecting millions of naira as monthly take-home “pepper”. This is supposedly because being an ex-convict only precludes one from contesting elections into parliament and not from being a member of that parliament. It is only the Code of Conduct Bureau which has the powers to remove such a lawmaker. But it has never exercised this power.

The EFCC (along with its sister ICPC) is another kettle of the same kind of “paddy paddy” fish. Whilst it has a knack for posturing as the nemesis of corrupt officials, it has actually been used mainly to hound those persons amongst the coterie of “vagabonds in power” who refuse to cooperate with the vagabonds-in-chief at different levels.

It is not difficult for example to see that behind the confidence of Obasa’s brazen roguery lies the pillar on Bourdillon of the batty Tinubu. The system of high rolling corruption is not unlike the more mundane “checkpoint” collections of the police. You don’t last long on the checkpoint if you don’t “deliver” to the DPO (or bank manager as Fela rightly note), who also delivers to the Area Commander and so on and so forth, up to the “managing director”.

It is also important to note that apart from each of these levels of thieves feathering their nests with taxpayers’ money, as different variants of àmàlà politicians, they also set aside some of the stolen loot for oiling their political machinery. They need war chests of lots of money for elections which they have reduced to cash and carry politics of the absurd.

Corruption in high places is written into the DNA of capitalism. It is not only in the political sphere and it is not only in Nigeria (the MPs expenses scandal in Britain readily comes to mind, as just one example). Capitalism itself is based on theft – of the unpaid labour of poor workers and from the earth, our collective home which the bosses pillage and despoil, in search of ever-expanding wealth. Corruption as a particular form of such theft, which is illegitimate and often illegal even by the hypocritically formulated standards of the bosses themselves, is a major lubricant for sealing “deals” in organised private sector and for politicians ostentatious lifestyles in the public sphere.

We must fight against corruption, showing its various connections; to the worsening living conditions of the poor masses, and to the capitalist system which breeds it and which it helps reinforce. Corruption has disastrous impact on the lives of the poor working masses. Trillions of naira that could have been used to provide quality healthcare for all, free education and qualitative cheap housing have been stolen by those in power over the years.

Forcing the likes of Mr Mudashiru Obasa out of power with mass mobilisation and seeing him off to jail would send home a clear message to the thieving bosses that enough is enough. Trade unions, civil society organisations and communities, particularly in Lagos, must lend their voices to the call for the speaker to be removed immediately, tried and jailed. Nothing less is acceptable.