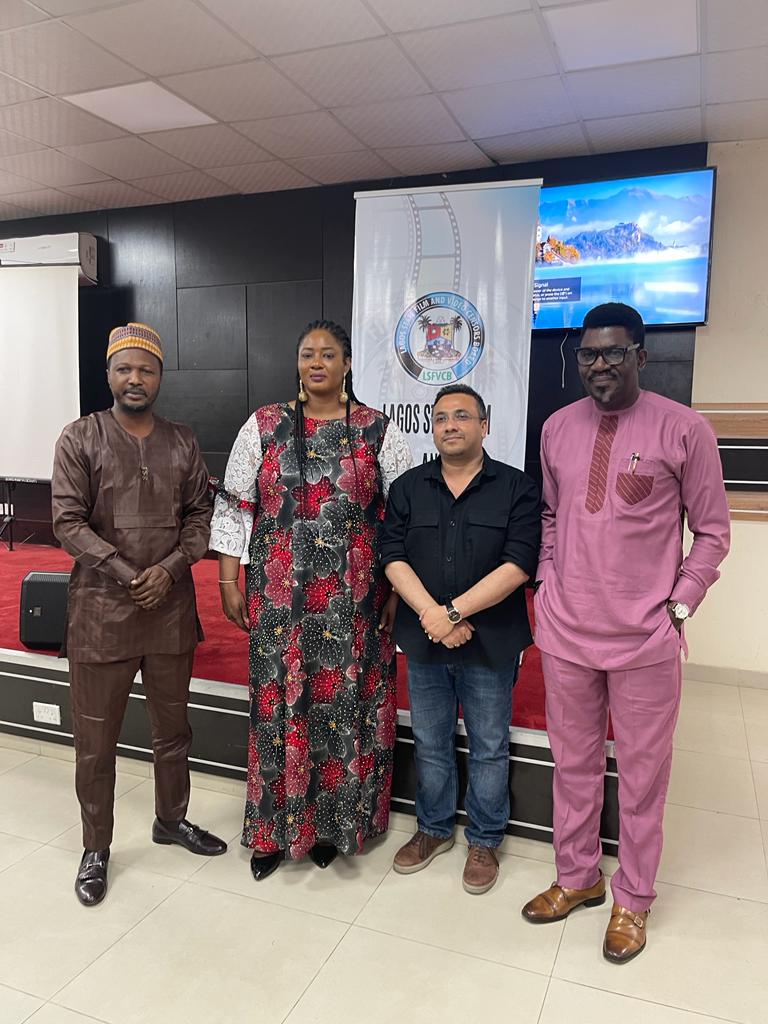 The Lagos State Film and Video Censors Board (LSFVCB) has partnered with the Indian Satellite TV giant, Zee World, through Zee Entertainment Enterprises Africa and Indian Ocean Islands, to create more opportunities for Nigerian Film and Video practitioners in the State.

In an event organised by the Lagos State Government, the Stakeholders in the film industry were welcomed to the meeting where the purpose amongst others was to facilitate an explorative session with the Zee – Africa and Indian Ocean Islands Team.

The Lagos State Government under the leadership of the Executive Governor, Mr. Babajide Olusola Sanwoolu has done everything in their power to change the narrative of the Film industry in the State. His Excellency’s initiatives have brought succor and development to the practitioners and the industry as a whole.

According to Adebukola Agbaminoja (Mrs.), the
Executive Secretary
Lagos State Film and Video Censors Board under the Ministry of Tourism, Arts and Culture led by the amiable Pharm. (Mrs.) Uzamat Akinbile-Yusuf, introduced The Film Fund.

This is the Pioneer project, the first of its kind, the first batch of beneficiaries (43 producers) got their fund in April, while “in a couple of weeks another set of beneficiaries for the Film Fund will emerge, while various Government sponsored training programmes for creatives and technical practitioners in the film industry are on-going in different Local Government Areas of the State.”

“The Lagos State Film City is also becoming a reality as work has commenced on the site. This and many more initiatives have been rolled out by Mr. Governor for the benefit of the Industry.”

The CEO of Zee Africa and Indian Ocean Islands Mr Somnath Malakar and his team to Lagos were introduced and the partnership is expected to jointly expand the frontiers of Nigerian film industry.

“It is against this background that I have the honour and privilege of unveiling the amazing opportunity of technical partnership with ZEE Africa and Indian Ocean Islands” she concluded.
Solin Media