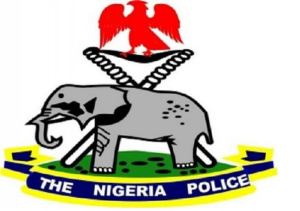 Men of Rivers State Police Command and Special Protective Unit, SPU, Base 5, Benin-City, Edo State, have recovered missing firearms and rescued two persons kidnapped in May 23 pirates attack along Bakana, Degema waterways, Degema Local Government Area of Rivers
Marvin Thompson, his uncle, Festus Atline, in an ordeal first reported by Vanguard, were travelling in company of four police escorts when the armed pirates ambushed them in a gun battle, kidnapping both civilians and carting away one police AK47 from a Sergeant who couldn’t swim just as each of one Inspector and two other Sergeants who dived into the river for safety lost their rifles.
Police Public Relations Office, Rivers Command, DSP Nnamdi Omoni was silent on the recovery of the firearms in his disclosure Thursday, but rescue sources, including four, hired professional divers, told Vanguard that five AK-47s, one more than got missing, were recovered in the operation.
Restraint Omoni had said, “In the wake of the arrest of 17 suspects during the rescue, two AK-47 magazines, different charms/amulets, gas cylinder, assorted handsets, cash of 50,000.00 and two Speed Boats used in the attack were or recovered along with unspecified firearms.”

However, a rescue source in detailed narrative said, “17 sea pirates were arrested at two separate locations during the rescue operation while 5 AK47 rifles were recovered.”
The source who spoke on condition of anonymity said Tuesday’s recovery, rescue operation was led by one SP John Ayah, SPU personnel and sister agencies along Cutting Channel 1 of the Degema-Bakana River, who stormed the camp of the pirates who opened fire on them.

He said: “During the ensuing gun battle, the hoodlums fled and dived into the river and on combing the area, three of their AK 47 rifles carefully concealed in a hidden plastic jerry-can was recovered.
“The next day, while searching for the second victim (Festus) and the missing Police rifles, the team ran into a gang of sea pirates in two boats carrying nine and eight in each boat respectively
“The hoodlums immediately opened fire on the police team leading to another gun duel. The hoodlums were eventually overpowered and arrested with their boats impounded.

“However, on getting closer the criminals threw their weapons into the river on a discreet search of their body and boats, two AK-47 magazines and various charms and amulets were recovered.
“17 of them were however apprehended, arrested and have been handed over to the commissioner of police Rivers state command.

“The two recovered exhibit boats used by the pirates are under the custody of Marine Police unit Abonnima wharf and the search for the other kidnapped victim and missing arms are still ongoing.”