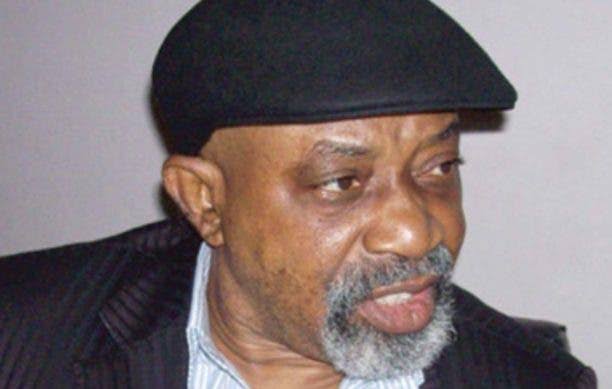 The committee, which was investigating Ngige’s suspension of the management of the Nigeria Social Insurance Trust Fund (NSITF), had summoned the minister to explain the reasons for his action.
But rather than answer the questions posed to him, Ngige started by saying that members of the committee were his younger brothers, except Hon. James Faleke, a known political ally of the All Progressives Congress (APC) National Leader, Asiwaju Bola Ahmed Tinubu, who he said might be up to 60.
Faleke interrupted Ngige, saying he was well over 60, but the minister described Faleke as “a small boy”, saying that he (Ngige) is of the same age with Asiwaju Tinubu, who the minister called Faleke’s “mentor in Lagos.”
Reacting to the development in a statement yesterday, the Association of New Igbo Democrats described Ngige’s action before the ad hoc committee as “regrettable”.
“Dr. Chris Ngige’s conduct before the House of Representatives and his adoption of red herring as a response to the integrity question posed to him is regrettable and leaves much to be desired,” the statement said.
The body accused Ngige of going on “a needless voyage, tracing his unenviable leadership trajectory and comparing himself with the APC National Leader, Asiwaju Bola Tinubu, in eminence and glory.
“What an insufferable arrogance! We categorically condemn attempts by Minister Ngige to drag AsiwajuTinubu’s name into an unholy comparison borne of envy and jealousy.
“A comparison between Asiwaju and Ngige is that between day and night. Ngige should respond to the queries posed to him, rather than his inelegant diversionary tactic.”
The Igbo body added that it “smacks of ingratitude” for Ngige to seek to compare himself with Tinubu.
“It is on record how Tinubu rescued him when former President Obasanjo and Chris Uba were baying for his blood.
“He was declared a personal non-grata in Anambra. As governor and Chief Security Officer of the state, he could not stay in Anambra, talk less preside over her affairs. It was to Tinubu in Lagos that Ngige raced to.
“If Ngige has forgotten how Asiwaju gave him a buffer when he was stripped of everything, we who followed the developments have not forgotten.
“Ngige had lost his state House of Assembly among other things. He was later escorted to Anambra like a child taken to be reconciled with his parents. It was Asiwaju who took it upon himself to preside over and broker Ngige’s reconciliation with his estranged Assemblymen.
“What Ngige’s benefactor like Asiwaju deserves is continued show of appreciation and gratitude. That is not the way of Ngige, and this is sad indeed.
The group said Ngige was marking time in APGA “in obvious political wilderness when he was rehabilitated via a political alliance that led to the creation of APC.
“Today, he prides himself as a minister, which, to him, is a no-mean achievement. Pray, what contribution did Minister Ngige make to APC victory to justify the appointment, if not for the commendable policy of inclusion by President Muhammadu Buhari?
“Ngige could not win his state. In Anambra, APC polled a paltry 33,298 votes, to the whooping 524,738 garnered by PDP.
“Despite that poor performance of APC in Anambra, which called his much-touted leadership status in the state into question, Ngige cornered the only ministerial appointment allotted the state, as it is typical of the greed and lust for position by some of our politicians.
“Ngige says he is a minister and Asiwaju is not. Yes, that is true. Unlike Minister Ngige, Asiwaju’s leadership and politics do not reside in cornering government’s appointments for himself or usurping what belongs to others.
“Without being in any public office since 2007, Asiwaju has continued to be relevant in the country. His essence consists in his cognitive abilities, tremendous skills, leadership experience, huge grassroots following and the affection he enjoys among the people across the length and breadth of the country.
“Asiwaju has helped the career and political advancements of many who are today ministers, senators, House of Representatives members and other top positions.
“He has also mentored many others to be who they are today.
“As governor of Lagos State from 1999 to 2007, Asiwaju constituted a cabinet composed of tested technocrats and administrators; the first of its kind in the country with which he revolutionalised governance in the state, provided state of the art infrastructure and changed the face of Lagos and her fortune forever.
“What is Ngige’s record as governor of Anambra? It can only be dismal because his time as governor was hardly distinguishable.”
The group advised Ngige to confront the allegations leveled against him “and stop the pointless and incongruous comparison!”
News