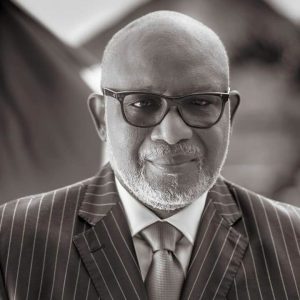 The indegenes Of Ondo State have begun to lose their interests in the governor of Ondo state, Rotimi Akeredolu of All Progressive Congress who is also eyeing a second term in the state.

Many of the indegenes claimed that they are highly disappointed in Akeredolu. They described him as a biased governor who focuses mainly on his town than any other places in the state.

It was also gathered that indegenes across the state have chosen another governorship aspirant to replace Akeredolu.

Also Ondo indigenes abroad seem to have their minds firmly made up on not allowing Governor Rotimi Akeredolu back in the Ondo Government House.

They accused him of being too distant and detached in his governance approach, the indigenes are especially piqued that the governor seems to have ceded the powers of his office to his wife, Betty Anyanwu-Akeredolu. A native of Imo State, the strong-willed First Lady has reportedly immersed and entrenched herself in her husband’s government that her word is the law and carries as much or even more weight than the governor’s; while many contractors prefer to go through her for mega contracts.

She is described as brusque and condescending; looking and talking down on government officials while channelling the state’s resources to fulfilling her vanities.

What has also worsened the case of the governor is his recent appointment of Miss Ngozi Ugochi-Igbo, also an Imo State native, as his Special Assistant on Gender, Research and Documentation. The 26-year-old lady who recently completed her one year mandatory National Youth Service Corps, NYSC, was described as the First Lady’s makeup artist.

Party chieftains and faithful are riled and raging, describing the move as a deliberate slap on their faces because while they were yet to be compensated for their unquantifiable role towards ensuring Akeredolu’s electoral victory, he had yet to fully compensate them.

Yet, it was not the first time this would happen. A similar scenario played out last November when the governor approved the appointment of his wife’s relative, Miss Peace Joy Odili as the Special Assistant (Public Procurement).

The appointment was controversially backdated to November 2018 to allow her to get allowances and salaries she did not work for. Ondo people have been biding their time, waiting for the best time to strike. And the time is nigh.

The Ondo State gubernatorial election holds in 2020 while the APC primary election has been slated for July 20, 2020.

Governor Akeredolu desperately desires a second term ticket and he has two major hurdles to cross, his party and the Ondo people. The people, who see him as being too elitist and had reduced governance to a family affair, are already shopping for a more indigenous alternative among the crop of aspirants in the leading parties.

While the APC in Ondo State has been factionalised due to the overbearing and divisive nature of the governor, he has been on a warpath with his deputy, Hon. Agboola Ajayi, for the best part of the last year, during which there were rumours that the latter had even defected to the People’s Democratic Party, PDP.

Now, he is acutely aware of recent happenings in his party where incumbent governors do not get automatic return tickets as was the practice in the past. Former Governor Akinwunmi Ambode of Lagos was the first major casualty of this new practice while the Edo State governor, Godwin Obaseki has been told in plain terms that he is also not entitled to one.

Akeredolu has declared that he is not scared what system is adopted – whether direct or indirect – for the primary election, saying that he is popular and has performed well hence he would win any mode of primary election conducted by the party.

You will recall that last week, they started this process by peddling a misleading information that President Buhari has endorsed the duo of Akeredolu and Obaseki.

While this move of these governors is unfortunate, we all should understand that their plans and proposals are illegal and flagrant violation of the party’s and constitution of the federal Republic of Nigeria.

By the grace of God, we will further debate on this issue in the coming days and the good people of Ondo State must stand their ground and be ready to confront this conspiracy.

We are not cowards in Ondo State as we have what it takes to resist satanic move.

Never again shall we allow our dear state to come under any taskmaster.