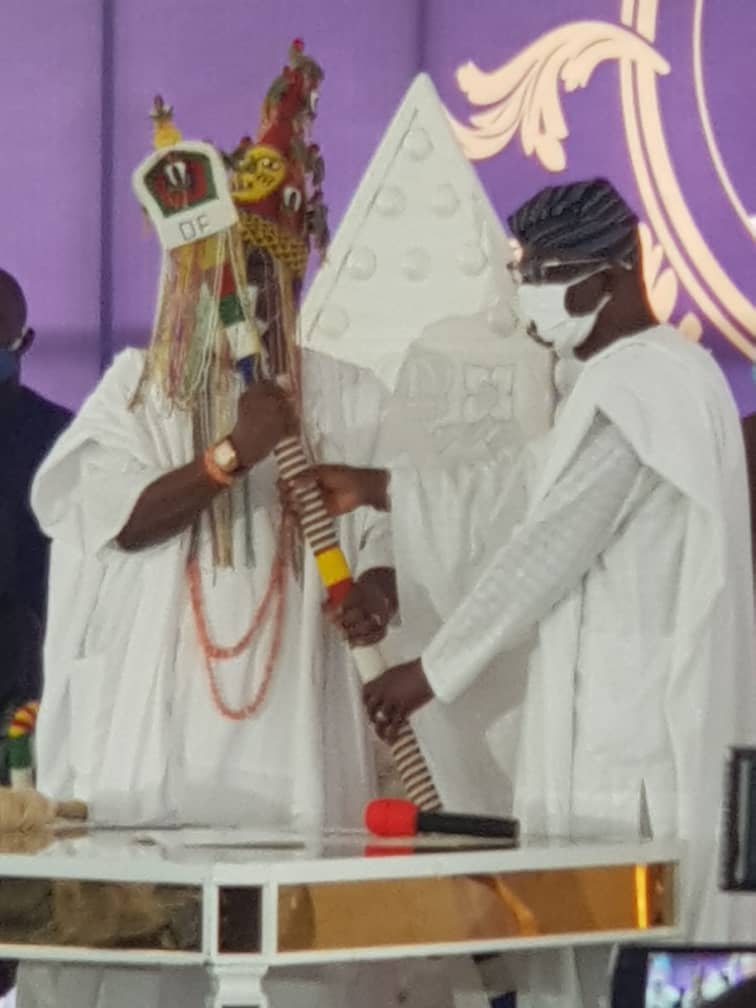 Prominent Lagos monarch and the Elegushi of Ikate Kingdom, Oba Saheed Elegushi has congratulated the new Oniru of Iru, Oba Gbolahan Lawal, on his selection and confirmation as the new monarch of Iru land, describing him as a popular and credible choice.

Oba Elegushi who was speaking with reporters at the presentation of staff of office and instrument of appointment to the new monarch said the choice of Oba Gbolahan Lawal is good for the people of Iru, stating that with his years of experience and service in the public sector, as well as his connection both locally and internationally, it is expected that he will bring that to bear for the continuous development of the kingdom and bring more prosperity to the people.

“I am happy about his choice. I know him very well. He has been in government for many years, at the highest decision-making level. With such experience and connection, I think the people of Iru can look forward to a progressive king that will bring more development to the kingdom and continue in the line of his predecessors”, Oba Elegushi noted.

He equally charged the new King to unite other contestants to the throne and ensure that the bickering leading to the final selection is put behind them, for the benefit of Iru land, adding that as it is common with a process such as this, there is usually polarization among family members but such should be put to rest and everyone should rally and unite for the benefit of the people and kingdom.

“Let me also appeal to my brother, the new monarch to put the selection process and all the issues leading up to it behind him. Now is the time to unite other contestants and ensure everyone join hands towards the development of Iru Kingdom. I know a lot of divisions happened during the process of picking a new monarch, this is expected but now that there is a new monarch, everyone should put the past behind and charge a common, united front”.

Oba Gbolahan Lawal, the new Oniru of Iru land, was the immediate past Lagos State Commissioner for Agriculture. He is ascending the throne following the demise of Oba Idowu Abiodun Oniru last September.