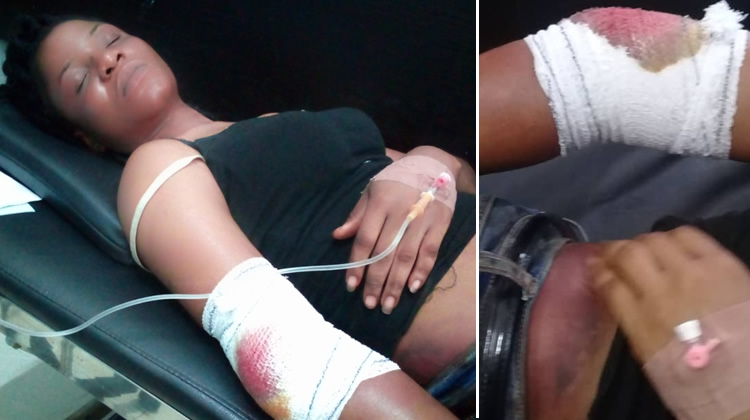 For about two years, Chizoba Ede hawked snacks around Lugbe, Abuja to raise funds she invested in second-hand cloth trading. Considering her humble beginning, raising N60, 000 to start the ‘okirika’ business by the roadside in Otako Market, Jabi, was a big dream come true in June 2018. She worked hard and ploughed back most of the profits she made.

As the trading grew in leaps and bounds, the 28-year-old extended her line of business to soap making. And within a year, her capital had spiked to about N500, 000.

The young woman planned to rent a small shop so she could fully establish herself and build on her success. Sadly, her plans cruelly went down the drain on June 10, 2019 while she was returning home from the market in the evening.

The driver of a cab she boarded en route home and the two passengers she met in the car turned out to be hoodlums popularly known as ‘one-chance’ robbers.

She stated, “They collected the N100, 000 cash I realised from my sales that day. They also collected my ATM card and asked for my pin which I gave them. They brought out a POS and inserted the card into it but the network didn’t come up to carry out transactions.

“They thought I gave them a wrong pin and beat me up. After a while, the network came up and they transferred all the N360, 000 from my account. They were communicating with their leader on the phone. They collected my phone and dropped me off around Wuse after the leader confirmed that he had received credit alerts. I later discovered that they equally withdrew N106, 000 from an ATM.”

The native of Enugu State explained she sustained injuries and was rushed to hospital for treatment. She stated that she broke her leg and underwent bone therapy for three months, picking up about N630, 000 hospital bills.

She said, “I reported the incident at Otako Police Station. One policeman was assigned to handle the case. Anytime I went to his office, he would tell me he was working on it and would ask me to come back. After one month, he referred me to one officer Femi at SARS office in Abattoir.”

Ede, who spoke to our correspondent on the telephone on Saturday, explained that within a week, Femi invited her to his office and showed her the details of the POS’ owner who was later arrested.

She said the owner claimed to have given the POS to a lady who helps him to run a supermarket and promised to refund the money transferred by the robbers.

“I also demanded that he would pay my hospital bills. The man was released and afterwards the officer didn’t take the case seriously. I then reported the case at the Complaint Response Unit in Police Headquarters. They asked the officer to bring the case file four months ago but he did not respond until yesterday (Friday).

“He was trying to defend the owner of the POS at the CRU office but I stood my ground. I was surprised why a policeman would defend a suspect. The man claimed he didn’t know how the POS left the shop and promised to produce the lady operating it. We were all asked to report back on Thursday,” she disclosed.

Ede lamented that she had been jobless since the incident happened, urging the police to ensure justice in the matter so she could get back on her feet.

She added, “All I want is justice. I have been walking around without having anything to do. I am just frustrated. All the money I had is gone. I sold snacks before I could raise my start-up capital. Unfortunately, I am back to square one.”

The Force Public Relations Officer, DCP Frank Mba, did not pick up our correspondent’s calls to his mobile. He had also yet to reply to a text message on the incident as of press time.