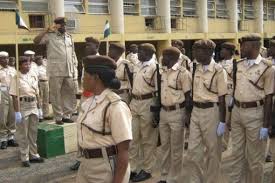 Abdallah took over from Mr Isa Panshekara, who had been in charge of the command in the last 11 months.

The new comptroller, who was deployed from the NIS headquarters in Abuja, commended the good works of her predecessor, calling for support from the management of the command and other stakeholders in moving it to an enviable height.

“As we all know that government is a continuum, I am here to serve and to also lead exemplarily.

“Osun State command of the Nigeria Immigration service has been doing wonderfully well in all spheres, as mandated by our Comptroller-General, Muhammad Babandede, a legacy which I and the entire members of the management staff will assiduously work to sustain and build upon.

“I am using this opportunity to call on all stakeholders to play their roles in moving the command to an enviable height,” she said.

In his own remarks, the former comptroller, Isa Panshekara, was thankful for his stay in the state, saying that he led by example and felt fulfilled, knowing he had done his best while he was in charge of the command.

“My experience as the comptroller of the Nigerian Immigration Service, Osun command, was an interesting one.

“I tried to lead by example, because that was the only way I could teach those who worked with me the truth about the immigration service, and I did this to the best of my knowledge and ability.

“We mostly deal with the public, whether Nigerians or foreigners. I used to preach to my junior officers to always put in their best in order to take the service to greater height,” he said.

NAN recalls that during Panshekara’s period, some personnel in the command, who had acquired university degrees after getting approval to study, were promoted to the superintendent cadre.