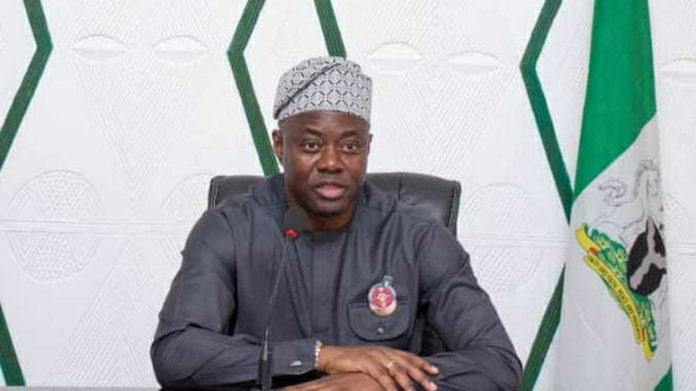 I read what this young man, Seun Onigbinde of BudgIT, wrote about the proposed N100b bond by the Oyo State government, led by able and capable Governor, Engr. Seyi Makinde.

Without mincing words, his article at best, can be described as a trash, that should be immediately incinerated by any sensible economist. Seun is very poor at doing the job he was sent to do, by those we all know obviously.

Yes, I am not a spokesperson for the government, nor I am the commissioner for Finance, those whom I know, will soon school Seun properly on his gibberish, and put him where he rightly belongs, and let him know that, what he has been placing on infographics, are not practicable in government.

I don’t want to expressly say that, this is a coordinated propaganda and deceptive article, put together to undermine the efforts of the governor for a new Oyo State he has embarked on, but even, while Seun tried to make his post look very professional without bias, using some names such as Aregbesola’s debt profile in Osun State, further covering his jaundice with names like Ekiti, Kaduna etc as smokescreens in the article, to evade being caught that, he may have been hired by those who initially tried to undermine the governor’s effort in the State.

As you may have read, recently, Bayo Adelabu, the peculiar messssss, who contested with Seyi in the 2019 governorship election, came up with what I can best term as jaundice over the same N100b bond, but failed woefully, and was shut down by sensible people, who knows how economy of a State or Federal runs.

Maybe, another attempt after his initial failure to put “sand sand” for SEYI’s garri, is the introduction of Seun, with his deceptive article.

The question Seun failed to ask himself was that, how much developmental plans did the Previous governments brought to the State, in bridging infrastructures deficit, and what economical plan do they have, other than treasury looting?

If they had been very prudent manager of resources, would Seyi be going on to borrow or look at Alternative Funding model for projects. The same Seun said the details of the company listed for the AFM could not be found on the internet, see how cheaply he exposed himself as a propagandist.

Again, Seun is still living in the land of fantasies, hoping that his BudgIT, is still a credible voice, not knowing that, his partisanship has been exposed long time ago, after his aborted appointment with APC led government of Muhammadu Buhari. He is a free citizen, who is entitled to his own opinion, but that does not conffer on him, the authority in the field of economy and governance unchallenged. Most of his works are marred by biases, which he himself expressed fear, of being accused of partisanship at the beginning of his Fake article.

Seun Onigbinde’s article is coming barely few days, after Makinde promised to recover all the funds looted by the past administrations in Oyo State, hence his article came from nowhere, maybe to serve as a distraction, but unfortunately, Seyi is not a man anyone can blackmail into submission, because he is too focused reviving the economy of Oyo State.

Now, let me ask Seun, apart from running his BudgIT from one small office from Ikeja in Lagos, what practical experience does he have, relating to governance and leadership?. Other than writing economic fictions?. ?

He wrote as if he cared about economic expansion of the State, but clever by half, also in same article exposed his propaganda scheme, by trying to play down on the plans of the government for the State.

Did Seun write to the State government, requesting for clarifications on some of their borrowing plans, before going into the public with that his sakamaje’s article?