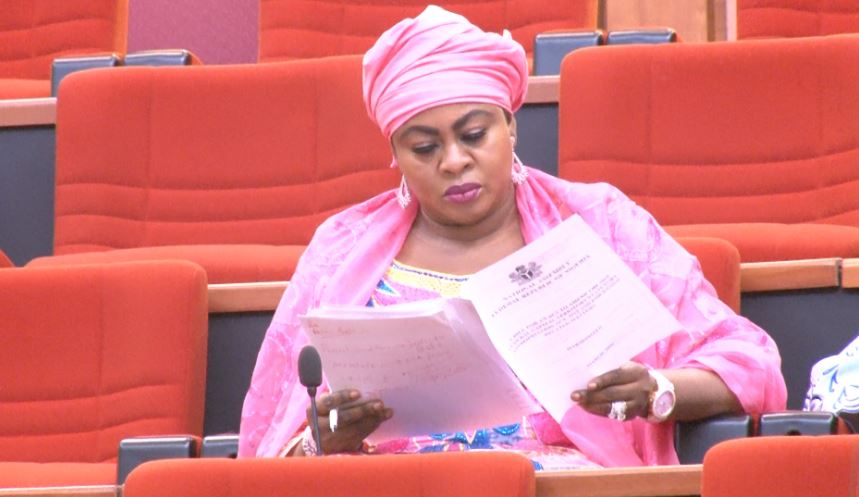 Senator Stella Oduah, who represents Anambra North in the upper legislative chamber, allegedly bought London apartments worth N5billion in cash, from 2012 to 2014–a period in which she served as Nigeria’s Aviation Minister–according to investigative reporting in the Pandora Papers.

10 Nigerian and 26 other African politicians were implicated in Pandora Papers.

Pandora Papers is a leak of almost 12 million documents that reveals hidden wealth, tax avoidance and, in some cases, money laundering by some of the world’s rich and powerful.

The Pandora Papers details how rich and powerful individuals from across the world– including more than 330 politicians from 90 countries–launder money by setting up businesses in tax havens like the Cayman Islands, the British Virgin Islands, as well as in countries like Switzerland and Singapore.

Nigeria’s Premium Times, which is a member of the Washington-based International Consortium of Investigative Journalists (ICIJ), reports that Oduah incorporated International Trading and Logistics Company Limited (ITCL) in the tax haven of Seychelles.

Records show that none of the four properties was bought with mortgage financing, meaning Oduah secretly routed 6.7 million pounds through her offshore company to anonymously effect the acquisitions, according to the report.

It is unclear if she declared some or all of the properties and the offshore company ITCL to the Code of Conduct of Bureau (CCB).

The senator did not respond to requests for comments from journalists.

President Goodluck Jonathan fired Oduah from her position of Aviation Minister on February 12, 2014, after she was indicted by two panels for purchasing two bullet-proof cars for the Nigerian Civil Aviation Authority (NCAA) for N255 million, in breach of public procurement and appropriation laws.

She dumped the PDP for the governing for. in August 2021.