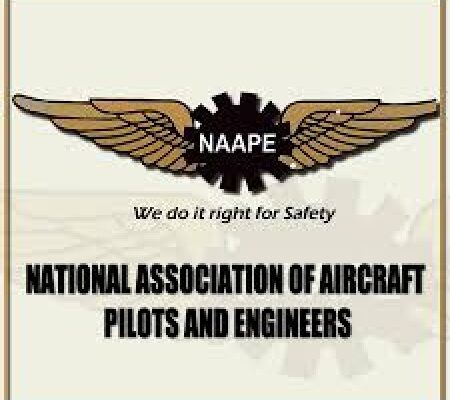 Pilots and engineers working with Bristow Helicopters are to begin an indefinite strike with effect from midnight today, Monday, August 3, 2020.

The workers are angry over what they called “discriminatory policies and consistent victimization of Nigerians working for the carrier.”

The affected workers under the aegis of the National Association of Aircraft Pilots and Engineers (NAAPE) said efforts to resolve the issue amicably have proved abortive hence the resort to strike. They also rejected the bench-marking salaries of indigenous pilots and engineers N345/$1, the rate which they described as “obsolete.”

They also stated that the recent proposal to implement N355/$1 rate is not acceptable, saying none of the proposed rates is obtainable in any foreign exchange window.

Other issues raised by the union include failure of the airline to train qualified persons in Airline Transport Pilot License (ATPL) and failure to fully reimburse individuals who successfully completed their ATPL through self-sponsorship, disproportionate matching and capped reimbursement cash figures for self-sponsored pilots on ATPL with an employment bond of N30 million, which they described as unethical and sharp practice.

They also decried the “odious laying off of young cadet and trainee engineers after several years of tearful sacrificial toiling on the basis of a promised career in the company.”

Deputy General Secretary of NAAPE, Umoh Ofonime, said the workers had earlier embarked on a three-day warning strike and another seven-day action to pressure the management.

Ofonime said with the indefinite strike, NAAPE members would completely withdraw their services until the issues under contention are fully resolved, adding that the union would resist attempt at sabotaging the action.

“To this effect, NAAPE expects and demands full compliance from all members including chief engineers and chief pilots.

“As a result of these blatant discriminatory policies and consistent victimization of Nigerian nationals at the hands of Bristow management, our members are no longer mentally conditioned to safely deliver their professional obligations under such absurd, discriminatory and excruciating work environment,” the official said. (Daily Trust)