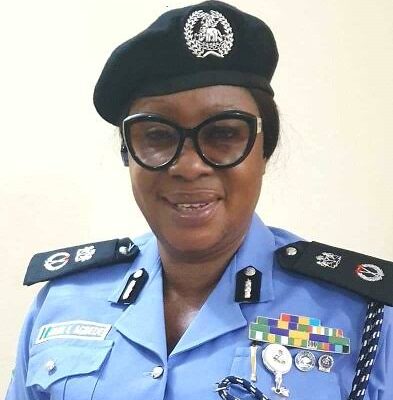 A police inspector identified as Inspector John on Wednesday escaped lynching at the premises of Christ the King Catholic Cathedral (CKC), Aba, Abia State where he went to arrest a lady.

The inspector attached to the Ndiegoro Police Division aka Cameroon Barracks whom many eyewitnesses accused of being notorious was given the beating of his life by angry worshippers who saw his method of policing as unacceptable.

John was said to have driven himself into CKC, identified the suspect, arrested her and was trying to secretly exit the premises as he came when alarm was raised.

He was given the beaten of his life before some persons later identified him as a police inspector serving at the Ndiegoro Police Division, Aba.

By the time our reporter visited the CKC, the crowd outside the gate were already agitating that John be given to them to deal with mercilessly.

The crowd also insisted that they will not leave the premises of the church until the Abia State Commissioner of Police, Janet Agbede comes in person to hear their complaints against John publicly.

As at when filling this reports, the Area Commander in charge of the Aba Police Command tried to intervene, but failed as angry worshippers and mob insisted on seeing the CP.

An eyewitness said that John is well known for maltreating helpless Aba residents and was fingered in the burning of buildings at Okojombo, Ntueke and Degema streets within Ndiegoro axis of Aba in 2019.

“In 2019 when the House of Representatives Committee on Police Affairs, Drugs & Narcotics and Human Rights visited Aba to investigate the crisis at Ndiegoro, this Inspector John was fingered. The people made it very clear that he led the team that burnt their houses.

“The DPO of the Cameroon Barracks was transferred together with over 30 police officers. John who was accused of leading the team that burnt people’s houses is still serving and destroying more things here in Aba