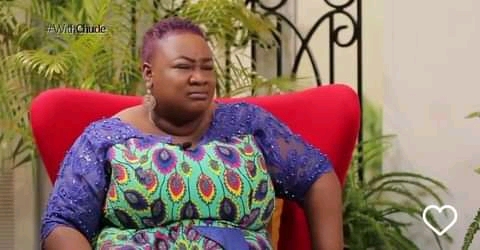 Princess, Has Revealed That
She Almost Got
Killed, Over Baba Ijesha’

Globaltimes Nigeria reports that Comedienne, Princess, has revealed that some persons tried to kill her for speaking up about the sexual assault of her underage foster daughter by actor, Olanrewaju James aka Baba Ijesha.

She made this revelation in an interview with Chude Jideonwo on his #WithChude show. The interview was published on Thursday.

Baba Ijesha had been sentenced to jail on Thursday over the sexual assault of a minor.

Responding to a question on whether she regretted speaking up about the assault, Princess said, “Now I don’t but the first two to three weeks, I did. I had a bounty put on my head, they tried to kill me. I found out that some persons I respected were they ones pushing him.”

On how the case ended up in court, she said, “You are seeing me everyday trying to apologise and then after a month, he’s just like … That’s the attitude that got us to where we are in Nigeria today. We went from being good to bad to sinister. It became an attitude of ‘Shebi, I have begged her?’

“…This truth must be told and you now see people you have idolised for years, that you respected, now open their mouth to justify it. It’s sickening.”

In this article:Baba Ijesha, Killed, Princess

Delta Police Has Paraded Three Suspects ,Who Killed Their Employer…

Some of the suspects Delta Police Has Paraded Three Suspects ,Who Killed Their Employer…       Globaltimes Nigeria reports that The Delta State...

Catholic Priest Abducted In Has Been Edo Killed…

Catholic Priest Abducted In Has Been Edo Killed…   Globaltimes Nigeria reports that An Edo Catholic priest, Rev. Fr. Christopher Odia, who was earlier...

Deborah’s Final Words As She Begged For Compassion Were: “What Do You Hope To Accomplish With this?”

Deborah’s Final Words As She Begged For Compassion Were: “What Do You Hope To Accomplish With this?”  ...