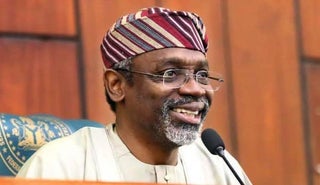 Journalists were on Wednesday, barred from covering the public hearing on the controversial Control of Infectious Disease Bill currently before the House of Representatives.

Members of the House of Representatives Press Corps turned up to cover the event but were turned back by operatives of the Sergeant-at-Arms, acting on the instructions of the Chairman of the Health Services Committee, Sunnu and the Committee’s Clerk, Joyce Umaru.

According to the operatives who hide their identity, said they were told that only the Nigerian Television (NTA) and Channels Television were invited to cover the public hearing, hence journalists from other media organizations can not be allowed in.

The Bill sponsored by the Speaker of the House of Representatives, Femi Gbajabiamila, Pascal Obi, Chairman, House Committee on Health Institutions and Tanko Sununu, Chairman of the Committee on Health Services, the Bill seeks to repeal the Quarantine Act and enact the Control of Infectious Diseases Bill, to make provisions relating to quarantine and regulations for preventing the introduction and spread of dangerous infectious diseases in Nigeria, and for other related matters.

The Bill has been under fire by different groups, for giving too much powers to the Nigerian Centre for Disease Control (NCDC) in the management of infectious diseases and pandemic in the country in ways that could impinge on the rights of Nigerian

The Bill among others empowered the Director-General of the NCDC to be in charge of the administration of the new Act, notification of prescribed infectious diseases, surveillance, medical examination and treatment, vaccination post-mortem examination, destruction and disposal of infected animals, food and water, isolation of certain persons, prohibition or restriction of meetings, gatherings and public entertainments as well as control of occupation, trade or business.

Some provisions of the Bill stipulated that: “Except as otherwise provided by this Act, the Director-General of Nigerian Centre for Disease Control shall, subject to any general or special directions of the Minister, be responsible for the administration of this Act.

“The Director-General may, subject to such conditions or restrictions as he thinks fit, appoint any public officer, an officer of any statutory body; or employee of a prescribed institution, to be a Health Officer for the purposes of this Act or any particular provision of this Act.

Another provision of the Bill that particularly generated serious condemnation is the power to order certain persons to undergo vaccination or other prophylaxis. It stated that:

“In an outbreak or a suspected outbreak of any infectious disease in any area in Nigeria, the Director-General may by order direct any person or class of persons not protected or vaccinated against the disease to undergo vaccination or other prophylaxis within such period as may be specified in the order”.

It was in the face of these heavy criticisms that Speaker of the House, Femi Gbajabiamila said the House will subject the Bill to a public hearing where Nigerians from all walks of life would be given the opportunity to contribute to the draft law.

“The Control of Infectious Diseases Bill will be put forward to a public hearing where stakeholder contributions will be sought to make improvements to the Bill before it is reviewed and debated by the Committee of the whole”, Gbajabiamila stated.

The House of Representatives appeared to be intolerant to opposition against the Bill as it had resolved to take legal action against an online media organisation for reporting that the leadership has collected $10 billion from Bill Gates to hasten the passage of the Bill.

Only last week, the House referred the spokesman of the Coalition of United Political Parties (CUPP) Ikenga Imo Ugochinyere to the Police and the Department of State Security (DSS) for criminal investigation and to activate processes for requisite redress against Ikenga over the allegation of $10m bribe to pass the Control of Infectious Disease Bill.

The lawmakers while adopting the report of its ad-hoc committee on the matter chaired by Henry Nwawuba (Imo, PDP), said despite alleging that lawmakers collected the sum of $10 million to work on the Control of Infectious Diseases Bill, Ikenga failed to appear before the House Ad-hoc Committee to prove the claim