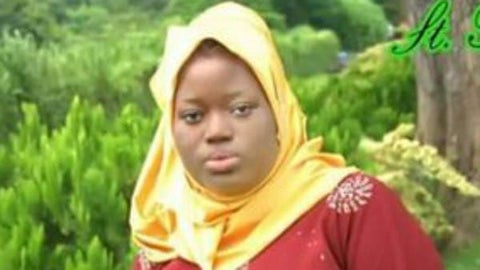 As public gaze and feminist rage are directed towards seeking justice for Uwa, a 22-year-old undergraduate, raped and left for dead in an assumed safe space, a church building, it is crucial to reengage the illusion of safe spaces for female bodies in Nigeria.

Her death is a classic reminder that the safety of women and girls in sexist societies that always instigate, endorse, and normalize predatory actions against them is, at best, an illusion.

Where the idealized performances of maleness across social spaces are constructed to threaten, control, and silence the expression of femaleness, as though both can neither coexist nor materialize interdependently, there are far-reaching outcomes. One of which is the reality of “not being safe”.

Ironically, there has never been a time in history where the expression “stay safe” has punctuated public dialogue like now, even though this idea of safety is problematic in its prescription of self-confinement, staying at home. For women and girls trapped in abusive relationships in the private space, that confinement has damning consequences.

It is essential to recognize patriarchy as a relentless bully that strips women and girl’s bodies of agency and frames them as games at the mercy of weaponized male privileges. This bullying is continually exerted in private and public domains, and it is undeterred by the exposure of daylight or the sacrosanctity of spaces.

The ongoing, sadly popularized desire of women and girls to find or build “safe spaces” in the corners of society is a patriarchal instigation targeted at usurping female agency. Through fear and intimidation, the women and girls are driven to the periphery of social existence.

This control furthers the agenda to domesticize and increasingly alienate them from social integration processes and visibility that gives access to power in its multiple manifestations.

Rather than cure itself of its predatoriness, sexist culture instructs them to self-regulate through intellectual and social confinement, denial of sexual expressiveness, dependence on male protection as an ideal, and the adoption of the burden of morality for their own safety. Women and girls are continually told what to do, where to go, how to socialize, and how to be to stay safe. When their safety and bodily autonomy are compromised, they are quickly reminded of one more thing they could have done to be safe despite their adherence to prior prescriptions.

Sexual violence against women and girls is fundamentally the outcome of the degeneration of perpetrators into misogynistic oppressors, and the fraudulent posture of society towards the perpetration of that oppression. When addressing the causes of rape, the actions and inactions of the victims and survivors are immaterial.

The reality is that, to a rapist, a vagina is a vagina whether it is concealed in nappies or clothed in shorts, skirts, or purdah. The callous oppressor does not care if she is yet to experience her first menstrual cycle, is in the phase of exploring her sexuality, or a matriarch.

The oppressor is undeterred by her being in her home, visiting family or friends, getting an education in school, running an errand or at work, seeking solace with divinity, or merely taking a stroll. For God’s sake, women and girls are allowed to stroll and within sane societies, they need not justify partaking in human acts of leisure.

Beyond empathizing with survivors/victims of rape, the Nigerian society must reeducate itself to see rapists as the sole cause of rape and redress the many ways it serves as a breeding ground for such crimes. Generally, it is important to emphasize that “buts” and “howevers” are unacceptable and extremely distractive dilutions of narratives seeking to condemn acts of gender injustice. Society must divorce itself from the orientation that the validation of justice is dependent on the morality of the victimized.

This is a twisted way of empowering and colluding with criminals and their acts of injustice. Where the burden of morality is collectively borne, and institutional integrity exists, the moral assessment of victims/survivors has no consequence to the strength of condemnation and prosecution of rape and all sexual assault crimes. Yes, sex workers can be raped, and the violation of their bodily autonomy with nonconsensual sex (or sexual acts) is a crime. It is intolerable and nonsensical to construct rape as an instrument of correction or moral realignment, or perhaps a self-invited or desired experience by the victims/survivors.

Until members of this society become unapologetically disgusted by the rape culture and institutions strengthened to take proactive measures in making every corner of society safe for female bodies, nowhere is safe. Individuals, institutions, and the government must actively engage in the politics of refusal. There must be a united boycott of people, products, services, and institutions that fan the flames of sexism, misogyny, objectification of women, and the rape culture.

There must be a collaborative condemnation of the trivialization and commodification of female struggles, particularly by creatives who, through various “entertainment” products, sabotage the advancement of women’s rights. Creators and promoters of songs, movies, comedy, advertisement and other creative works that portray women as sexual objects to be tamed and exploited, and invalidate the need to obtain consent before any sexual activity should be punished. Through a collective politics of refusal, the Nigerian society can begin to reconstruct itself into a holistically safe space.

It is also important to hold public and private institutions accountable for the structures in place to deter, expose, and punish any invasion of women’s and girls’ privacy and the attack on their agency.

A crucial way to ensure this is the increased inclusion of women in leadership and decision making at all levels. Beyond pushing gender equality/equity through Non-Governmental Organizations, women’s rights in Nigeria must be repoliticized through the reawakening of feminist movements and organizing. Galvanization will stoke creative rage and agenda that will accelerate the realization of women’s rights. Increased female representation in governance and decision making will also cater significantly to lapses in legislation and social welfare gaps that make women and girls more vulnerable to gender-based violence.

Women’s involvement in higher levels of governance and decision making gives them increased resources, political power, and will to make changes on a larger scale.

More so, male allies must do more than amplify female-led advocacies. They must begin to embody the ideas they retweet, like, and share on social media platforms. Dissenting males must be exemplary leaders and mentors in their communities. Their allyship cannot begin and end with the hashtags and “say no to rape” protests.

Through practice, speech, and allegiance in their corners of influence, allies must mirror unflinching commitment not only to ending all forms of gender-based violence and injustices and enlist as foot soldiers of women’s rights.

Women and girls have a right to safety. Until that safety is upheld everywhere in Nigeria, it does not exist anywhere. If female bodies’ protection continues to be illusory, there will be another Uwa and a long list of victims/survivors, named and unnamed.

*Deborah Adeojo is a doctoral candidate in Gender Studies at the Institute of African Studies, University of Ibadan. She is a development communications specialist and women’s leadership advocate