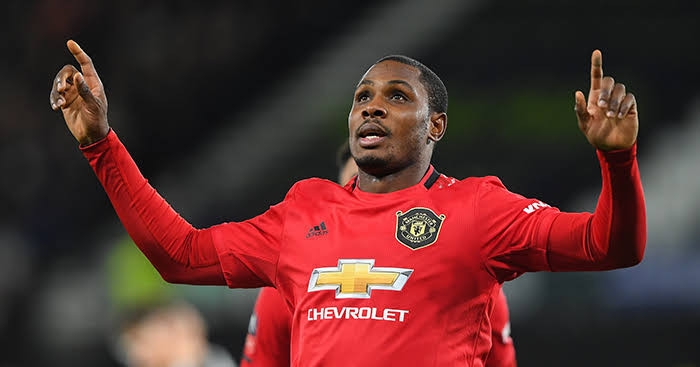 Chinese club, Shanghai Shenhua are reportedly open to allowing Odion Ighalo to remain at Manchester United after it was revealed that Chinese Super League’s foreign players are banned from returning to China until October

As the border restrictions may prevent Ighalo from returning to his parent club Shanghai Shenhua, in time for the start of the new season in June, Shenhua are now willing to allow Odion Ighalo remain at Manchester United until January, according to Sky Sport.

This comes days after Ighalo’s agent Ladi Salami confirmed that an extension is close to being agreed between Manchester United, Shanghai Shenhua and Odion Ighalo.

Ladi Salami told FootMercato: “On the one hand, the Super Eagle [Nigerian] feels very good in Manchester with which it is very close to a salary agreement.

“Negotiations with the Chinese are ongoing and are going well.”

”On the other hand, in view of the latest regulations in force in the Middle Empire, it is almost impossible to offer such amounts.’

Since signing for Manchester United on a short-term loan deal from Shanghai Shenhua back in January, the Nigerian International has made a valuable contribution, scoring four times in just three starts.