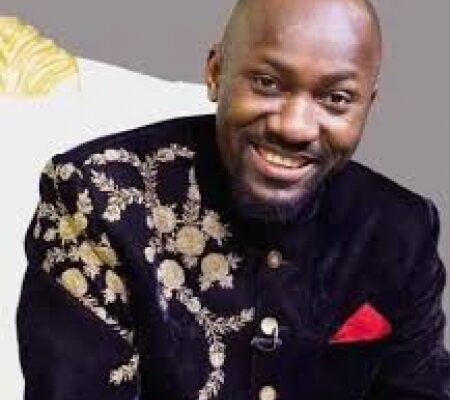 Nigerian government’s apparent inaction against the country’s security challenge has once again drawn sharp criticism from no less a man than the fiery servant of God, Apostle Johnson Suleman.

The senior pastor at the Omega Fire Ministries (OFM) worldwide, who has a long tradition of speaking truth to power, while expressing his views on the gruesome killing of five aid workers in Borno by the dreaded Islamist sect, Boko Haram, few days ago, condemned the government’s failure to make security a priority.

“I condemn the gruesome killing of the five aid workers by Boko Haram. This is dastardly. Watching the clip makes one wonder when security would become priority in our nation. The government should intensify its fight against these terrorists. May their souls rest in peace,” Suleman wrote in a Friday morning Twitter post.

Apostle Suleman has always noted that though, his role on the pulpit is to help shepherd the people he serves through morally and ethically challenging times, it includes speaking the truth with conviction to the political leadership on their behalf.

“Even though many of our biblical and moral convictions have become political landmines, we should not hesitate to speak the truth with conviction in our churches,” the firebrand pastor affirms in one of his lecture videos, adding that “pastors must endeavor to step on these political landmines in their line of duty by boldly speaking the truth.”

It is recalled that Apostle Suleman in 2019 suffered a direct hit from insecurity when seven of his church members were reportedly kidnapped. Hence, through his virtual telecasts which record a global viewership numbering in millions of people from different parts of the world, he has relentlessly called on governments at all levels to apply sincerity as the insecurity challenges in the country repeatedly get on the rise.

Noted for using Biblical guidelines towards effecting social change and setting precedence for today’s Christians to follow, the undeniable impact of Suleman’s apostolic mission is evidently reverberating throughout the world