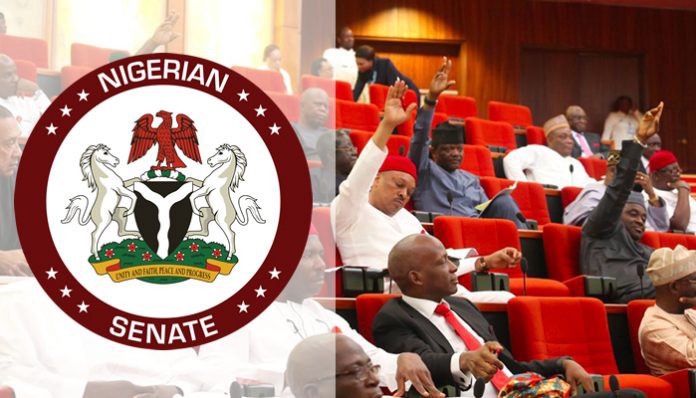 Globaltimes Nigeria reports that The Senate Committee on Public Accounts has begun investigation of N14.7bn proceeds of privatisation of the defunct Power Holding Company of Nigeria allegedly hidden in commercial banks by the Bureau of Public Enterprise.

The committee is acting on an audit query in the ‘Auditor-General for the Federation’s Annual Report on Non-Compliance/Internal Control Weaknesses Issues in Ministries, Departments and Agencies of the Federal Government of Nigeria for the Year Ended 31st December, 2019.’

The Acting Auditor-General of the Federation, Adolphus Aghughu, had presented the report to the Clerk to the National Assembly, Ojo Amos, on September 15, 2021, while the Senate and House Committees on Public Accounts began investigation of the queries.

The defunct government-owned National Electric Power Authority was privatised and renamed PHCN, which was later unbundled to become the present generation and distribution companies.

The query stated that the funds were still in the banks as of December 31, 2016, whereas the privatisation of the PHCN had been concluded since 2013.

The query read in part, “Audit verification and reconciliation revealed that the sum of N14,720,396,432.43, being proceeds from the privatisation exercise of the Power Holding Company of Nigeria was reported in the bureau’s trial balance to be in commercial bank accounts as at31st December 2016.

“Whereas, the privatisation of the PHCN was concluded in 2013, the proceeds are yet to be remitted tom the Central Bank of Nigeria Privatisation Proceeds Accounts.

“The issue has been communicated to the bureau via a letter with reference no. OAuGF/RESAD/05/2016/07, dated 19thApril, 2018, and no response has been received.

“Unauthorised funds kept in commercial banks may be diverted for other purposes, thereby leading to loss of revenue available for government programmes.

“The Director–General (of the BPE) is required to recover the sum of N14,720,396,432.43, being proceeds of the PHCN, and remit same to CRF and forward evidence of remittance to my office for audit confirmation.

The BPE, in its written submission, however, stated that two separate sums of N3,231,984.73 allegedly held in Fidelity Bank Plc and N18,199,520.87 held in Stanbic Bank were “unaudited bank balances that were actually no longer in existence as of the date of the audited financial statements or asked questions, the matter would have been clarified.”

The bureau added, “With respect to the two other bank balances – N4.4bn (Access Bank Plc) and N10.2bn in FCMB, the correct balance in Access Bank as at 31/12/16 was NIL as the bank had transferred a swelled balance of $34.1m to the CBN Domiciliary Account.

“The bank had initially been unable to make the transfer as at September 2015 as required under the TSA policy, owing to the inexistence of designated USD Treasury Single Account for dollar balances

The probe is expected to reveal whether the BPE’s claims are true or not.