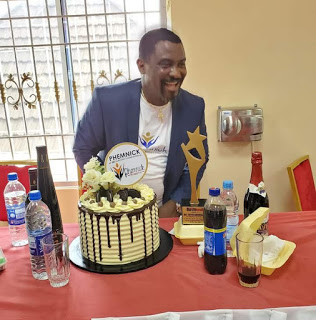 A couple of days ago I went out to visit a friend. While we were catching up on old times, two ladies came in to see his wife. One of the ladies had a tale so gory, it would make a blockbuster horror series.
In an attempt at looking for greener pastures, she embarked on a journey that terminated in Libya. To cut a long and gory story short, she soon longed for a return to her beloved country Nigeria.
When I asked her how she was able to return home, she mentioned a name that triggered this writeup. The name she mentioned was,
Dr Toyin Aborisade.
On hearing that name, I was puzzled. I pride myself with having an ear to the ground and knowing the movers and shakers in Ilorin, having studied here from late primary school to University. I have been a resident in Ilorin the Kwara State capital since 1983, so it can as a surprise that the name was foreign to me. That was until my friend and host told me his alias,
Toyin Star. 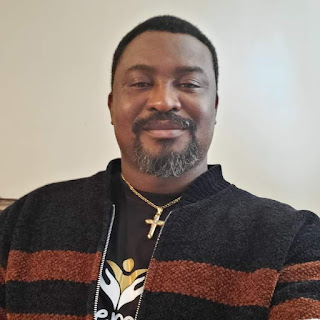 Then the penny dropped. To return to my Delta pidgin roots, ‘who no know this one, no know anybody’. Dr Toyin Aborisade is the antithesis of the classic Nigerian ‘Big Man’.
One has to admit that compassion is not a flower that grows in the garden of most Nigerian rich men. Personal pursuit of epicurean lifestyle has been the common trademark.
Many of them live in an Island of luxury surrounded by a vast ocean of poverty. They lament poverty but have never taken the practical steps to alleviate it. While poverty cannot be totally eradicated, it can be ameliorated. Living a selfish and obscenely opulent lifestyle is the common behavior of most of our well-to-do individuals in both private and public dispositions. Simply put, among them are remarkably rich but notoriously selfish.
Dr Toyin Aborisade is not cut from such cloth. He has repeatedly, shown against ALL odds, that he has the interests of the common man at heart
Not only did he reach out in conjunction with the Kwara State Government, he personally paid for the reparation of TWO Kwara State Indegenes in Libya to return safely home.
He is the CEO of Phemnick Migration Services and Phemnick Network and Life Support. I have a funny anecdote here, I was in a taxi once and as we were passing Phemnick’s office along Pipeline Road in Ilorin, the taxi driver started praying for the Management of the place. He was very fervent in the prayer, being the inquisitive person I am, I asked him why he was doing that, he replied, that he was in a tight corner once, and Phemnick Network and Life Support gave him a Micro Loan to bide him through the difficult times.
He is a seasoned Immigration Consultant with wide reaching contacts worldwide. Phemnick Migration Services is the ONLY place to make enquiries about your travelling needs in a hassle free environment.
A friend, Deji Daniels who is the Proprietor of Peakville Montessori School Ilorin, caused a stir on social media this week when he announced that all debts owed by parents prior to the start of the pandemic have been wiped out. When I asked him what prompted him to do this he said he is borrowing a leaf from Toyin Star, that if we all can put smiles on peoples faces, the world would be a much better place to live.
After all of this, I decided to dig deeper in this phenomenon known as Toyin Star. What better place to do that, than his very own community?
Off I went to Eruku, a bustling town along the Kwara/Kogi State border. I felt, if he was this good to outsiders, he MUST be a legend at home. On the drive down, I decided that, if upon arrival, the hype didn’t meet with the expectations, I would put everything to rest and just chalk it up to one of those things. A ‘Big Man’ to others, but unknown and not felt by his own.
I can state categorically, that my expectations were totally SHATTERED!!!!
Dr Toyin Aborisade is a LEGEND in Eruku. Everywhere I went to and everybody I spoke to had only the nicest things and abundant prayers for him and his family.
I learnt that during this pandemic era, he supplied a palliative of foodstuffs AND money to EVERY household in Eruku. I don’t know if you actually heard me the first time? He supplied a palliative of foodstuff AND money to EVERY household in Eruku. Both indigenes and non indigenes benefitted from  his largesse.
He also has a welfare program where he places selected elderly folk on a monthly stipend to aid in their monthly upkeep.
I left Eruku amazed and dazzled at the magnanimity of this individual. He is not a politician, he holds no elected office, yet, he has made it his life’s ambition to bring succour to the common man around him.
This write up is a tribute to an exceptional gentleman, Dr Toyin Aborisade. With many more like you, the world will be a much better place to live in.
Take a bow, Sir.
I have never met Dr Toyin Abosisade, nor have I had any form of contact with him prior to this writeup. I just decided to appreciate his efforts through my own skill, of writing.
News

0 comments on “The Unlikely Hero of Erukucity Dr. Toyin Aborisade”