THE WHOLE SECRETS: OONI OF IFE THE ALLEGED IN ILLEGAL MINING…READ!!! 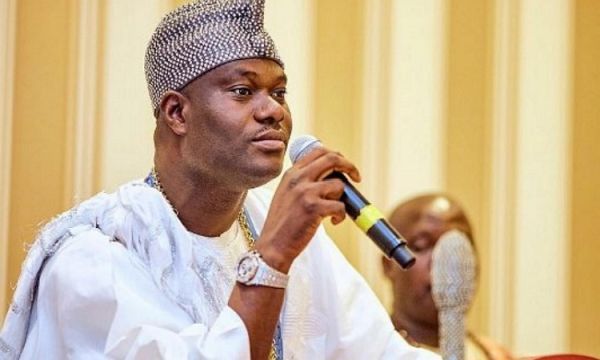 Covid-19 pamdemic created many opportunities to Nigerian as well exposed government inability to look inwards at cost of leading a complex nation like Nigeria. Also some people sees it as an opportunity to loots by all means at expenses of citizenry since health is wealth and is Paramount to the Nation.

The first index case of covid-19 in Nigeria was a concerned personality to federation . After all the possible best our health workers does to restores the health , but God who givese takes, then all power , knowledge failed. Rest in Peace Mal. Abba Kyari .

In battle to contains covid-19 at initial stage mostly when Nigeria lost Chief of staff to president Buhari to covid-19. It call for more ways and manners at which the country can stop the spreads of the virus , this calls for chinese doctors to come into nigeria even when International airport goes for total lockdown globally.

The arrival of Chinese so called doctors has no where find in the country neither nigeria doctors hosts them in separate place or secretary to the federation Boss Mustapha is unable to gives account of the doctors when nigeria media want to Know about them desperately as part of professionalism and means of feeding the nation with accurate informations. Meanwhile Ooni of Ife denied the allegations that he never influence Chinese into the country with alleged of illegal mining of gold.

Suddenly , the arrival of Chinese doctors now pointing a negative fingers on the pretigious Ooni of Ife , Oba Adeyeye Ogunwusi 11.

An indigene of Ife pleaded not disclose brief us that the Chinese men truely came in respect to Ooni of Ife , that in his friend father’s land the illegal minners has actually Minns secretly without their own permission. Disclose that , the ugly activities took place during the nation wide lockdown.

“The Ooni of Ife, Oba Adeyeye Ogunwusi 11 denied any involvement with illegal miners in Osun state. “

This news medium gathered that the arrest was executed by the recently inaugurated Osun State Security Taskforce (Amotekun) around Ilesa and Ife axis of the state.

Meanwhile, Oba Ogunwusi reacted to a video circulated on social media, which claimed that Chinese nationals involved in illegal mining in Osun State paid him huge before their illegal activities.

This was contained in a statement issued by his media officer, Moses Olafare, it

The Royal father said It is unfortunate that some supposed Omoluabis as known of descendants of Oduduwa globally would allow themselves to be used against their own source and heritage, it is equally pathetic to realise the damage being currently done by the malicious video especially against the person, image and character of the Arole Oduduwa.

According to the pretigious monarch, the disputed land is located at Aruwa village within the Alaba-Ijesa community in Atakumosa West Local Government.

” It is an Ijesa land under the paramount rulership of Oba Adekunle Aromolaran, the Owa-Obokun of Ijesaland.”

“The traditional ruler of the town ‘Oba Alaba of Aba-Ijesa who should have been earlier contacted before the stage-managed video is still alive and should be the one to clarify the matter.”

He stated that the perpetrators are being mischievous.

He added that the Palace of the Ooni, which houses several traditional courts through which issues including those related to land grabbing, domestic violence, chieftaincy matters among others are being resolved amicably, is always made open to such complaints.

“Such a matter should have been reported to the Ooni whose Palace is always open to seek clarifications and get his side of the story.

“But with the confrontational approach of sponsors and promoters of the video, it is obvious that they were only out to smear the image of the Ooni.

“Unfortunately, the Ooni and other right-thinking individuals who saw the stage-managed video laughed over the comedy and prayed that the good Almighty Olodumare forgives those behind the campaign of calumny.

“In the same vein, the agents of confusion are equally implored to desist from such shameful acts,” the monarch warned.

Onni also employs all media to investigate properly before caring out information that could disters good people of Nigerians image.Cool to share to any social media. Click preferred icon to sharers

0 comments on “THE WHOLE SECRETS: OONI OF IFE THE ALLEGED IN ILLEGAL MINING…READ!!!”