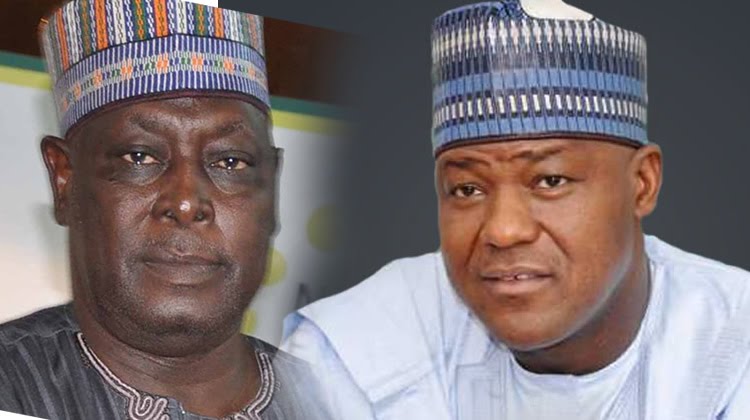 Globaltimes Nigeria reports that The camp of the presidential candidate of the All Progressives Congress, Asiwaju Bola Tinubu, on Thursday, reacted to threats by a former Speaker of the House of Representatives, Yakubu Dogara, and former Secretary to the Government of the Federation, Babachir Lawal, to mobilise northern Christians to vote against him.

Dogara had on Tuesday described the party’s Muslim-Muslim presidential ticket as one that is “doomed to end in a spectacular failure.”

Lawal, on the other hand, described the same-faith ticket by the APC as a deliberate plan to further create divisions in the North.

But the Director-General of Asiwaju Tinubu-Shettima Coalition for Good Governance, Adebayo Shittu, told our correspondent that there is no cause for alarm, adding that the people concerned have no electoral value.

He said, “These people have little or no electoral value. If Dogara and Lawal are as potent as they are, will they be making noise about it?

“Intimidation cannot work here because this is a political land space. What were their votes in the last election? I don’t think the media should be giving them this relevance to be escalating what they are saying. Should anybody be threatening the APC or its candidate at this stage?”

A spokesperson for the APC Presidential Campaign Council, Festus Keyamo, on his part, said both men merely expressed their frustration, which is normal for concerned party members.

He said, “I think they have made their point and they have been heard loud and clear. After that, they must allow the majority members of the party to have their say and way. Let Nigerians as a whole also have their say at the 2023 general elections

“What is not acceptable is an attempt to force their personal opinion as the view of a non-existent bloc in the APC. There is nothing called ‘Northern Christians bloc’ within the party.

“They have not been nominated at any event by the party’s Constitution to be the leader of any bloc called Northern Christians bloc. They have not been elected or nominated. What they are conducting is just their own opinion or agenda. They should not pretend to be leading a non-existent bloc in the party.”

The National Publicity Secretary of the APC, Felix Morka, had told our correspondent that he was not moved by such pressure, saying expulsion or punitive measures for recalcitrant party members is not the solution.

According to him, the party is instead looking to reconcile every aggrieved member ahead of the 2023 elections.

He said, “What is an anti-party activity in people expressing their opinions? This is democracy. Even party members are entitled to their opinions. I mean everything people say in the realm of their liberty does not have to amount to anti-party.

“The APC is more interested in reconciling people who are aggrieved and have more reasons to be dissatisfied with each other.”

APC Protests When Funke Akindele Visits The Owners Of..

Shettima Unveiling: We Were Paid To Dress Up Like Bishops – Joseph Odaudu

Shettima Unveiling: We Were Paid To Dress Up Like Bishops – Joseph Odaudu   Globaltimes Nigeria reports that Facts on how the All Progressives...

2023 : Nomination Of Funke Akindele As Deputy, Underscores The Unseriousness Of… – Says APC

2023 : Nomination Of Funke Akindele As Deputy, Underscores The Unseriousness Of… – Says APC       Globaltimes Nigeria reports that The All...