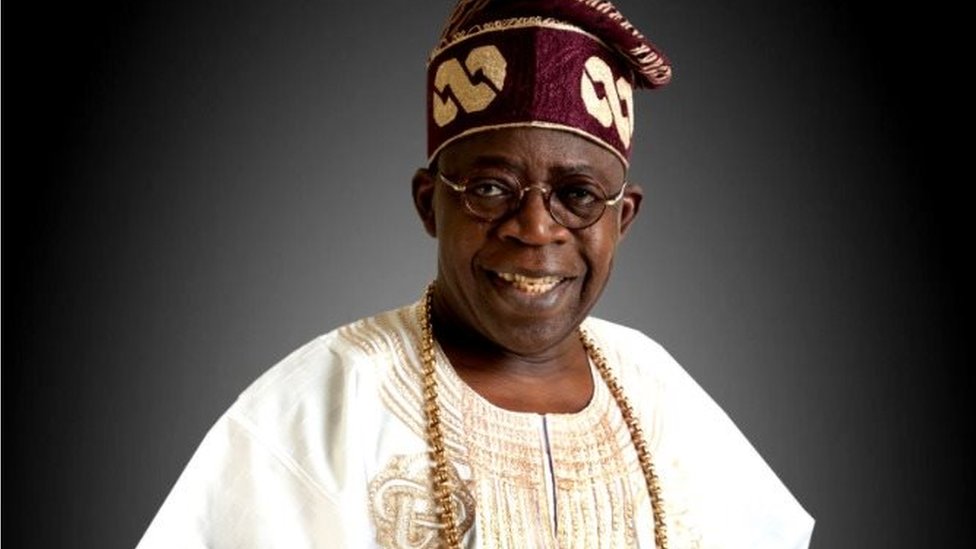 The National Leader of the All Progressives Congress, Bola Tinubu, says he will not reject calls to contest for the Presidency in 2023.

The former Lagos State governor stated this after a closed-door meeting with leaders of the Northern Alliance Committee in Abuja.

While refusing to officially declare his ambition, the 69-year-old politician said political consultations were ongoing.

“I am not going to turn them down but I will still effectively and widely consult, particularly brainstorm with my friends and find a date to come out openly and tell Nigerians.

“But the President is still in office. I don’t want to distract him from all the challenges he might face today. So, don’t muddle the political waters. Consult, make our program known to the people later. And the intention is clear. So you can keep guessing,” Tinubu added.

Endorsing Tinubu for 2023, the leader of the Northern Alliance Committee, Lawal Munir, said the meeting resolved to work for the actualisation of the ambition of the APC National Leader to the next level.

Munir, who said they had a fruitful meeting with Tinubu, disclosed that the committee resolved to support him come 2023 due to his superlative qualities.

The PUNCH had earlier reported that a founding member of the Arewa Consultative Forum and elder statesman, Alhaji Tanko Yakasai, revealed that Tinubu visited his Abuja residence in November to solicit his support for his (Tinubu’s) presidential ambition in the next general elections.

Of recent, posters and billboards advertising the rumoured presidential bid of Tinubu, who was Lagos governor from May 1999 to May 2007, have been seen in major cities, including Lagos and Abuja.

Globaltimes Nigeria reports that Though Tinubu has yet to declare his intention to contest any office in 2023, there have been reports and veiled indications that he might be interested in the exalted seat.

Tinubu, who celebrated his 69th birthday in March 2021 and commands an arguably large following of political loyalists, has been reported to nurse presidential ambition in 2023, even as political debates get intense for a southern president after the eight-year regime of the incumbent, Major General Muhammadu Buhari (retd.), who is from Katsina State, North-West Nigeria.

Between July and October 2021, while Tinubu was in the United Kingdom for a knee surgery and physiotherapy, over 50 politicians, including the President, six governors, dozens of senators and House of Representatives members, visited him at his London home and turned the place to a Mecca of sort.

In October, the Northern Caucus of House of Representatives, led by Deputy Speaker, Ahmed Idris Wase, had also paid a get-well visit to the APC leader in London and declared support for Tinubu’s reported 2023 presidential ambition.

In this article:ACF, Ahmed Bola Tinubu, ambition, APC, APC National Leader To The Next Level, Arewa Consultative Forum, Brainstorm With My Friends, Declare His Intention, Declared Support For Tinubu, Don't Muddle The Political Waters, Election, Find A Date To Come Openly And Tell Nigerians, Former Lagos State Governor, He Will Not Reject Call To Contest For The Presidency In 2023, Intention To Contest Any Office In 2023, Lawal Munir, National Leader Of The All Progressive Congress, Political Consultations, Politician, Punch

Envy Is An Immense Disease – Adamu Garba   Globaltimes Nigeria reports that A chieftain of the All Progressives Congress, APC, Adamu Garba has...

Atiku, Who Is Constantly Evading Capture, Is Made Fun Of ….     Globaltimes Nigeria reports that The presidential candidate of the ruling All...

As Obi, Atiku, And other Presidential Contenders Sign The Peace Deal, Tinubu Is Absent

As Obi, Atiku, And other Presidential Contenders Sign The Peace Deal, Tinubu Is Absent     The presidential candidate of the All Progressives Congress,...

PDP Primary : Adeleke’s Election Is Upheld By The Supreme Court