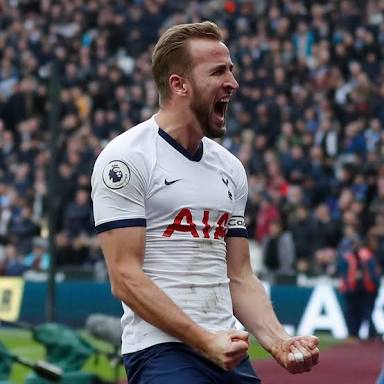 Globaltimes News Nigeria reports that Tottenham Hotspur really are going to have to be at their best on today’s evening if they want to carry on their impressive start to the 2020/21 campaign.

Games against Pep Guardiola’s team at Tottenham Hotspur Stadium have been very kind to Spurs recently and they can make it a hat-trick of wins if they register three points against the Carabao Cup holders.

The 2019 Premier League champions may have endured a bit of a mixed start to the season but form goes out of the window with both teams coming into the fixture after two weeks without a league match.

But who will Mourinho opt for against City?

Serge Aurier has done well when he has started this season and he should be the man to come in and replace the summer signing.

Meanwhile Jose Mourinho’s words on Man City, Southgate, Sterling and reaching the level he wants
Tottenham fans will love what Gareth Bale has said as he makes exciting Joe Rodon prediction
However, that then has an impact on who starts ahead of him as the Ivorian is extremely attacking and can be often found out of position.

As nice as it would be for Gareth Bale to get another start after upping his minutes recently, the right flank may be too attacking with Aurier playing behind him, thus giving Lucas Moura a chance to come in as he also does his bit defensively.

Giovani Lo Celso has impressed during the international break but another start may be pushing him too much after such a stop-start campaign so far.

That means a midfield three of Pierre-Emile Hojbjerg, Tanguy Ndombele and Moussa Sissoko get the nod, with the Argentine, and Bale for that matter, available from the bench if required.

With Matt Doherty out, Jose Mourinho will have to make at least one change to the side that beat West Brom last time out.

Mourinho definitely has to make one change to his Tottenham team on Saturday evening with Matt Doherty ruled out after testing positive for Covid-19 earlier in the week.

Who replaces him at right-back is the big question. Serge Aurier has been erratic at times and has lost his place to Doherty, but Mourinho doesn’t have too many alternatives.

Japhet Tanganga would be one, but having played little football since March, Aurier would be the more obvious choice.
Mourinho’s other big decision will be whether to start Gareth Bale again, with Doherty out.

For me, the return to fitness of Steven Bergwijn is timely and given how he fared against City last season, I think he could be given the nod in the attack on the right.