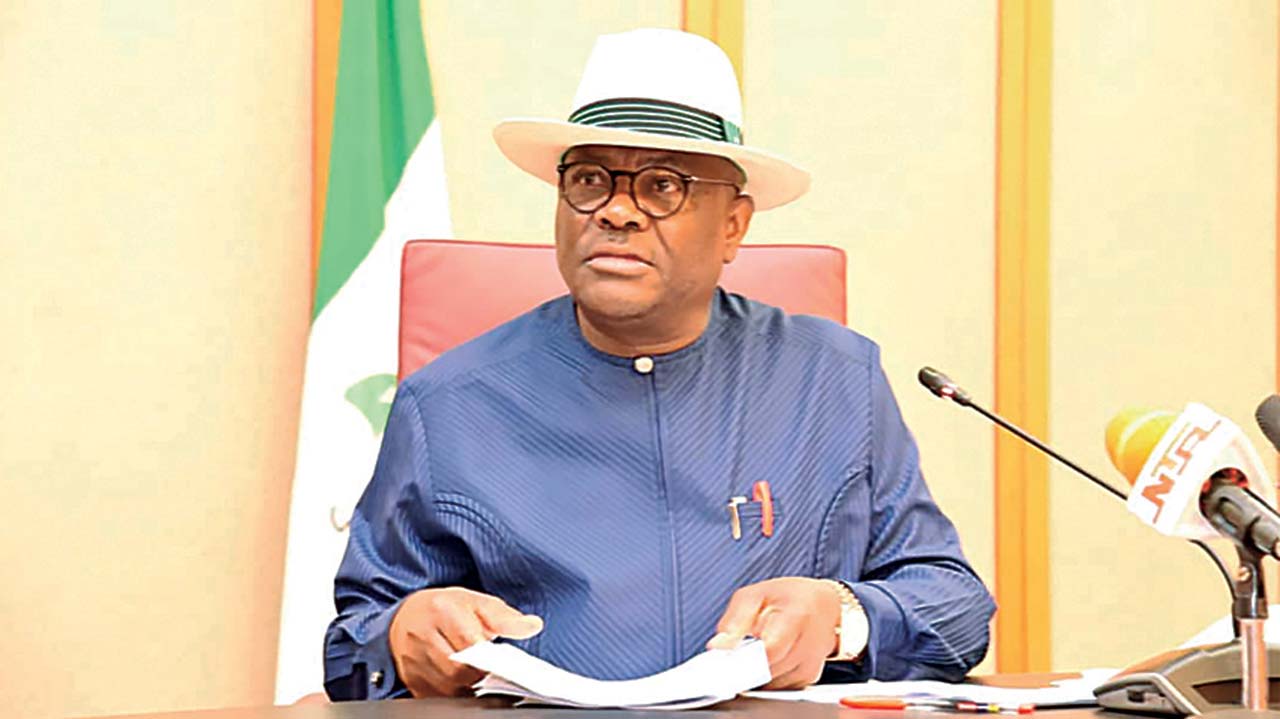 Rivers State Governor, Barrister Nyesome Wike says he will continue to stand with the Benue State Governor, Samuel Ortom because he hates the injustice meted against the state because of the Governor’s principled position in defence of his people.

Governor Wike spoke Saturday, January 1st, 2022 in Makurdi when he paid a new year visit to Governor Samuel Ortom at his private residence in Judges Quarters.

The Rivers State Governor who was answering questions from journalists, condemned sustained killings in Benue by terrorist herdsmen.

He reasoned that even if the Federal Government does not like the Governor, they should support him because the people of the state voted for the president.

Wike was particularly angry at how Internally Displaced Persons, IDPs in Benue are not taken care of by the Federal Government as those in the North East and other states.

He recalled that Benue people also voted for President Buhari and so deserve his care and protection.

Asked if he was nursing any presidential ambition, Governor Wike said what is important at the moment is to build a formidable political party, the PDP before thinking of any ambition for any elective position.

The Rivers State Governor said his visit was to identify and celebrate the new year with a true friend and strong voice against maladministration in the country, Governor Samuel Ortom.

Globaltimes Nigeria reports that Wike recalled how Governor Ortom counselled him on how to handle crises in the PDP in Rivers State so as not to destroy it, pointing out that, “that is what I followed. And so you are a good man who gives good advice.”

While pledging the continued support of his administration to the government and people of Benue State, Governor Wike also acknowledged the confidence of the wife of the Benue State Governor, Dr Mrs Eunice Ortom in the relationship he shares with her husband.

In a remark, Governor Ortom described Governor Wike as “a pillar of support to the PDP and a shining star in the political history of Nigeria who is helping to rebuild the party in a bid to rescue Nigeria from a spineless leadership.

Governor Ortom recalled how Wike was instrumental to his return to the PDP in 2019 and that the Rivers State Governor has remained supportive both in good and trying times.

Independence Anniversary: PDP Assures Nigerians That Help Is On The Way……

Independence Anniversary: PDP Assures Nigerians That Help Is On The Way……   •Tasks Buhari on credible elections     Globaltimes Nigeria reports that As...

Osun: Adeleke Has Debunked The Insinuation That The Minister Of…

Osun: Adeleke Has Debunked The Insinuation That The Minister Of…       Globaltimes Nigeria reports that The Osun State governor-elect, Senator Ademola Adeleke,...