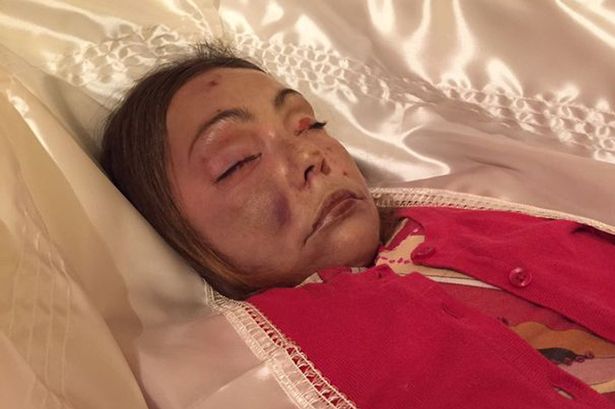 A WOMAN has claimed she stored the body of her dead grandmother in a freezer for 15 years to collect her Social Security benefits.Cynthia Carolyn.

on Wednesday and hit with a slew of charges.

She said she kept the remains of Glenora Reckord Delahay, who died at home in 2004 at age 97, because her family needed the money, according to PennLive.

After discovering Delahay had died, Black told police she carried the body into a basement freezer and put the Social Security income toward the mortgage on a home.

, where police found Delahay’s body after pursuing a report about human remains being stored inside a home.

The discovery was the result of year-long investigation by state police, according to…

They first received a tip about a body in a freezer on February 7, 2019, though it was not revealed who contacted them.

Delahay’s body was first discovered by two women inspecting Black’s home to assess whether they wanted to buy it after the bank foreclosed on it.

Delahay died at her home in Ardmore, where Black kept her body stored in a freezer until 2007, after which she moved the freezer to Dillsburg.

Though the body remained stored in Dillsburg, Black most recently lived at an address in a different part of York County.

by unlawful taking, receiving stolen property, and abuse of a corpse.

It wasn’t immediately clear why the investigation lasted more than a year.

A neighbor told the Inquirer that when the Blacks moved out, “they stripped the house,” taking the “copper pipes, toilets, and everything,” including the chain-link yard fence.

Black awaits arraignment at the York County Judicial Center, and her bail was set at $50,000.Cool to share to any social media. Click preferred icon to sharers